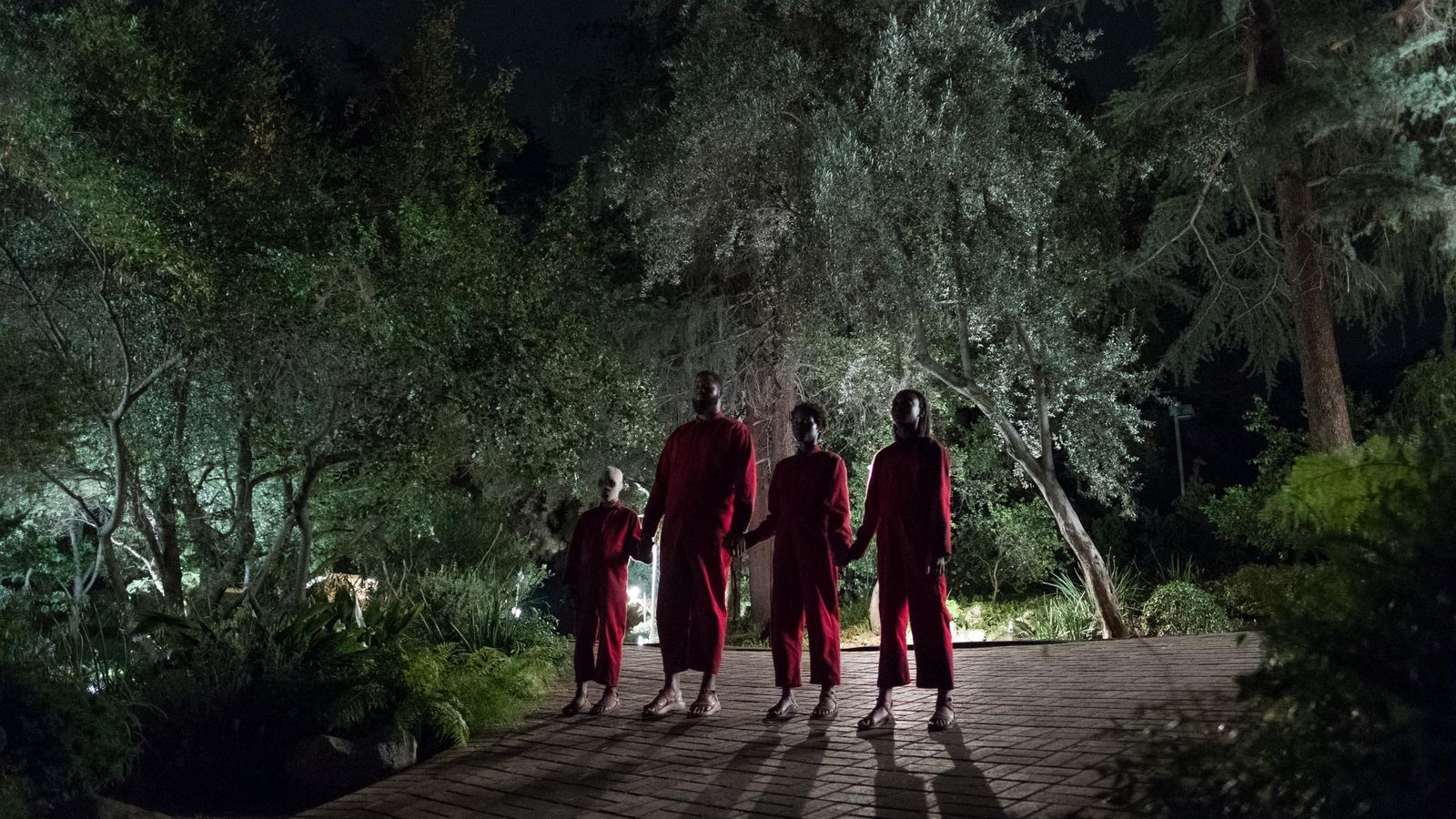 The game has changed for Jordan Peele. You can see it in the news, and you can see it in his film. Matured lighting and shot selection, brilliant sequencing, and another shot at an original concept –  we are witnessing an incredible director coming into his own. Paths prefer to wind however, and while the whole world is waiting to find out if Us is “as good as Get Out” the answer might not be that simple. Peele’s latest is a more sophisticated offering, both in scale and presentation, but the film lacks the thematic coherence that makes films like Get Out a masterpiece.

Us is realized through the eyes of a more experienced filmmaker, and it’s written all over the film. You immediately fall in love with the ensemble cast, and despite some truly awkward moments of dialogue, you buy into this family. Winston Duke manages to steal the show, and some would say that after Black Panther this would make him a bonafide star. Lupita Nyong’o suffers the most from some odd moments of dialogue, but does she ever shine when she’s given something to work with. Her performance in the final act is really something to witness. Shahadi Wright Joseph was gunning for Duke’s crown, and would have had it given more material. The same can’t be said for Evan Alex, who brought a lot to his doppelganger, but lacked any sort of expression as Jason. Along with Elisabeth Moss and Tim Heidecker, Peele seems to bring out the most from the entire cast across a film that shifts tones quite often.

A lot of that shift comes from the cinematography, which always manages to tell us a compelling and terrifying story. The lighting seems to nod to films like Moonlight at moments, all the while keeping a look that can only be attributed to classic blockbusters from Universal. It always makes you feel like you’re watching something from a more classic time, and this comes with a second punch which is the original story. It’s so refreshing to have an original concept on screen again, and it’s also been given the wings financially to do a lot! You would never guess that this is Peele’s first time working with It Follow’s cinematographer, Mike Gioulakis, creating imagery that is often times thought provoking pieces of art.

Where the film stumbles isn’t in craft or the script, but the ideas that brought this entire story together in the first place. Worse yet, it’s ultimate downfall is that you will want to discuss this film to no end, but something will happen very quickly. You’ll begin finding holes, and there are quite a few. Eventually, ideas become almost incoherent, making certain plot elements fall apart. The script does it’s job quite well in fact, managing to keep you there throughout these bumps, compelling you to see it to the end. However, you’re going to leave that theater and you’re going to discuss this film. It’s impossible not to. Quickly, you will begin to feel like a little bit less would have meant so much more for Us. Everything that’s thrown at you almost feels forced, and while the film sticks the landing, the execution doesn’t feel right.

It’s hard to ignore what the film does wrong, but it’s truly overshadowed by a lot of what it does right.  A recut could make this film much stronger. One that trusts the audience to fill in some of the gaps as opposed to cornering yourself with information. However, Us will go on to be one of the most discussed films of 2019. It’s inevitable, and in that Peele already has a winner. Not quite a masterpiece, but a winner.

Review: Requiem for the American Dream

Review: Now You See Me 2

Review: When Marnie Was There