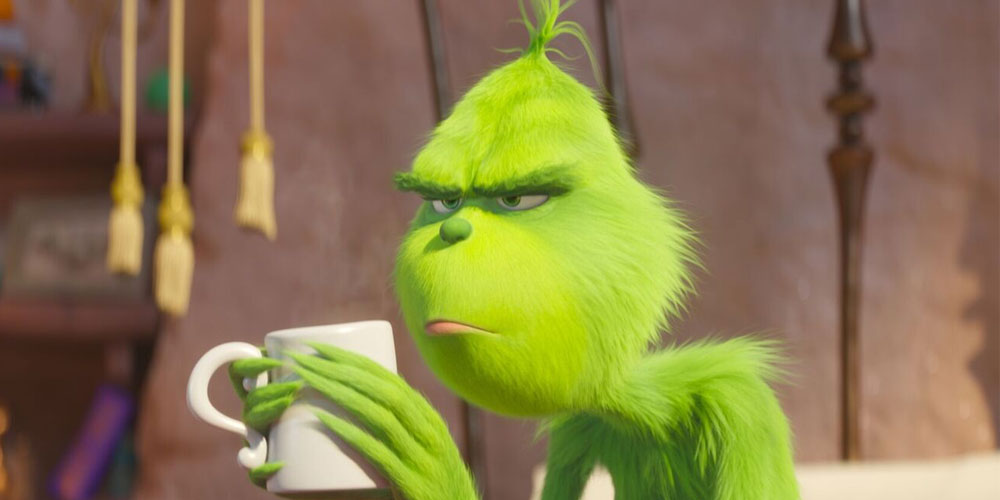 Dr. Seuss’s 1958 classic How the Grinch Stole Christmas, introduced us to The Grinch, a furry, green, grouchy character with a dog named Max, who hates Christmas more than anything. Since then, The Grinch has come to life in a 1966 TV special, a 2000 Ron Howard film featuring Jim Carrey, and now in The Grinch, a 2018 animated reimagining with Benedict Cumberbatch voicing the titular character. Directors Scott Mosier (his feature debut) and Yarrow Cheney (The Secret Life of Pets) exceed at the animating but lack ambition in the reimagining; the result is an overly sweet, not nearly grinchy enough retelling.

Visually, The Grinch is great to look at and the strong visuals keep the film watchable even as the story underwhelms.  The computer-animated characters are perfectly adorable, including Cindy Lou Who (voiced by Cameron Seeley), who is cleverly cast as a young, endearing heroine. Whoville, in all of its quaint wonder, and the lonely Grinch’s lair, are both beautifully designed and feel very much connected to the source material. Unfortunately, the animation can’t quite make-up for the humdrum script.

Aside for some clever plot devices, including the set-up behind a face-to-face between Cindy and Grinch, Mosier and Cheney play it relentlessly safe, even for a children’s movie. The Grinch really isn’t all that mean, the script isn’t all that biting or funny, and Benedict Cumberbatch is distractingly miscast.  When a story about a Christmas-ruining, emotionally damaged green creature is held together by a supporting role (the hilarious Kenan Thompson) and an amusing goat, it’s clear an opportunity was missed.

The message of the original story and this new film – that Christmas is about kindness, empathy, and bringing people together – is a welcome one, but the film isn’t memorable enough for the message to stick.

A mixed but enjoyable bag for long time fans and the family.

Review: Requiem for the American Dream