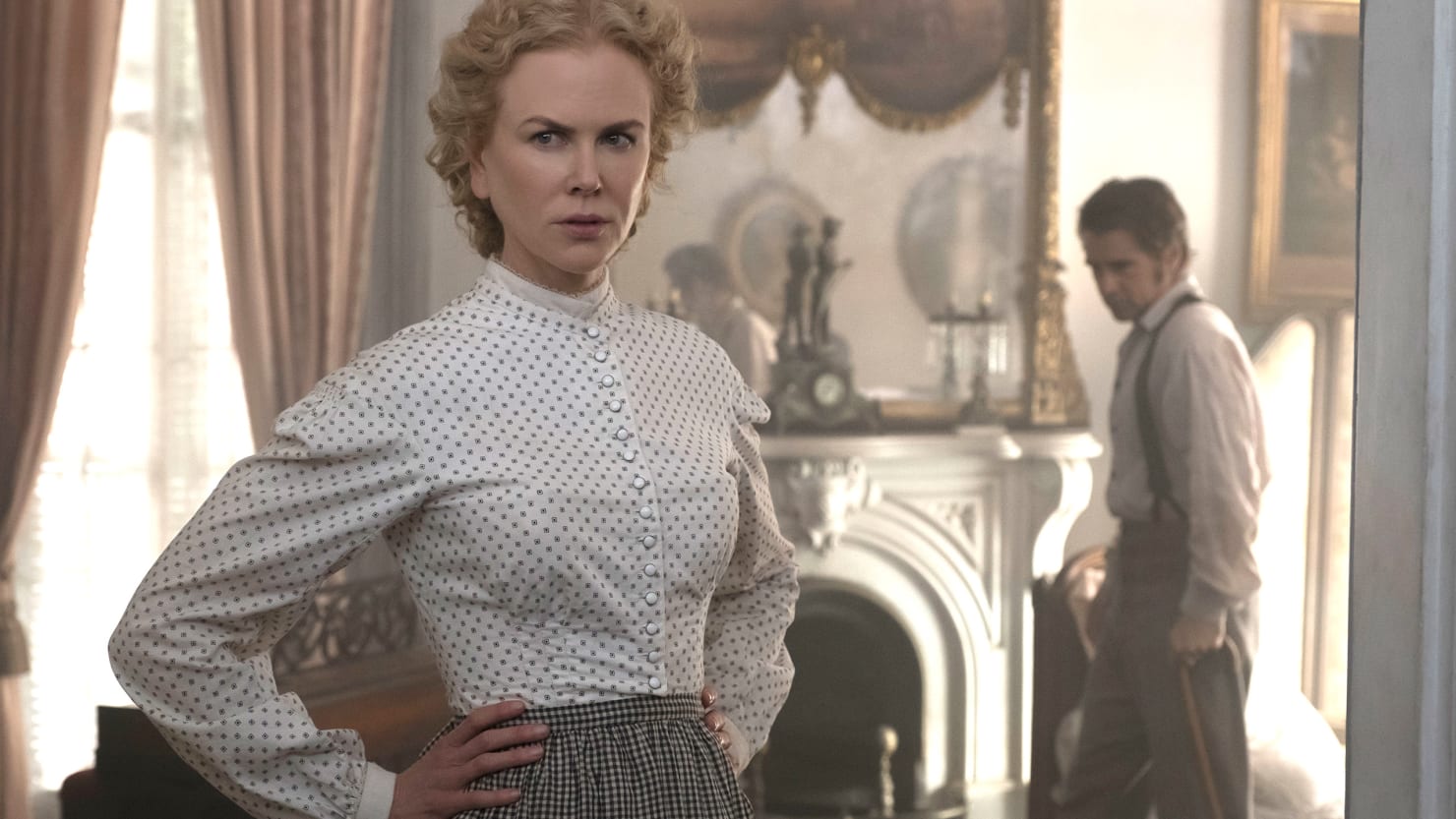 Based on the Civil War-set 1966 novel of the same name, The Beguiled was first adapted by filmmaker Don Siegel in 1971. Siegel’s The Beguiled starred Clint Eastwood and is one of the most celebrated films of both of their careers. Therefore, when director Sofia Coppola took a new adaptation into her own hands, she had her work cut out for her. In her reimaging, Coppola recruits Colin Farrell to play the role of a wounded Yankee soldier lost in Confederate territory. He is spotted by the young Amy (Oona Lawrence), who takes him back to her boarding school, the Martha Farnsworth Seminary for Young Women. Martha (Nicole Kidman) is initially hesitant but decides to take in the soldier. Together, the women of the house will nurture him back to health before turning him over to the Confederacy.

The seven women at the seminary have acclimated to a life without men. Thus, conflict is immediate as a one, and one as charming as Farrell’s Corporal John McBurney, is unnaturally inserted into their environment. Each woman finds herself enthralled by John in different forms. Elle Fanning’s Alicia is entering adulthood and is exploring her sexuality. Kirsten Dunst’s Edwina is hypnotized by courtship, a concept so unnatural to her. Martha, on the other hand, just seems to want a mature relationship with someone of the opposite sex, yet her desire quickly gets in the way. The desires of the four younger women remain considerable more innocent, though each strives for recognition from the Corporal.

There is much fun to be had in Coppola’s film. She plays with tone, moving often from the deathly serious, to humour, to plain old camp. The shifts in mood make for a deliciously entertaining film that never fails to surprise. Coppola is careful in the portrayal of her characters. She doesn’t paint anyone as a ‘good’ or ‘bad’ person, instead giving each of the characters reasonable motivations for their actions. Though when the forced domesticity begins to crumble, the justification for certain actions crumbles with it, sending John and the women into a war of their own.

It’s no surprise that Sofia Coppola won Best Director for The Beguiled at this year’s Cannes Film Festival. She has taken an already adapted subject and crafted a beautifully sympathetic piece of work that never fails to amuse. If you’re looking for intelligent work with a wild side, you won’t want to miss The Beguiled.