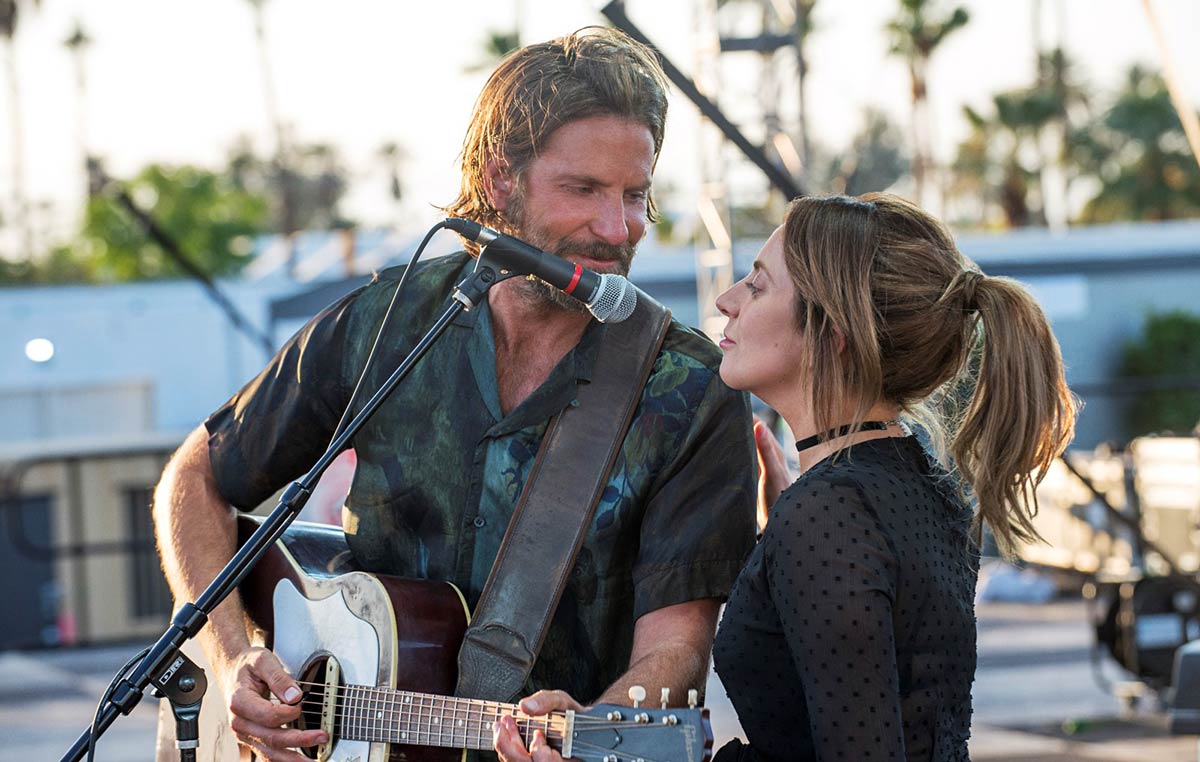 A Star is Born has all the makings of a classic. A project lost in the process of development only to be seized by an accomplished star looking to make his turn as a director. A female lead that has taken over the world already with her star power and talent, one that will fill the seats with adoring fans. It even has a hit song at the eve of the film’s release.

This is Hollywood at it’s finest.

However, we live in the age where “formula films” (films created by the Hollywood machine for the dollar) need more than star power to be great. They need substance. They need performance. They need to give us an actual “film”, and while A Star is Born might not be a classic, it’s one hell of a cinematic experience.

The film feels familiar – an alcoholic star meets a talented young musician by some ordain circumstance and as they fall in love it is tested by her rise to fame. We’ve been there and done that. In fact, this is the third remake, and in that same breath, the fourth iteration of “A Star is Born” – the first film dates back to 1937 and revolves around the film industry. It’s all familiar territory, but the art comes in how the story is presented and Cooper steps up huge in his directorial debut. The film often tips its hat to classic cinema in its structure and edit, but never gets lost in the love it shows. A Star Is Born is its own beast, and Cooper, a director with his own vision that sets his take on the tale far from anyone else’s.

Gaga’s performance as Allie, the budding star in our tale, is enigmatic to say the least. There is no denying the presence that Gaga brings to the screen. She’s down right electric, and when she hits the right stroke with her acting she’s everything you’d ever want in a star. However, in scenes speckled with emotion that are a bit more real and less dramatic, she tends to stumble and comes off as unbelievable. Truthfully, this is Gaga finding her feet which unfortunately hurts the illusion, but far from destroys it.

Cooper and Gaga’s chemistry take center stage in this film. The emotional weight felt for this relationship is the spine of this film, and their love is felt in spades. The two shine together on stage and off, a feat that is impressive for the actor and first time director. Bradley Cooper plays Maine through the eyes, delivering his dialogue with a broken gaze that never quite matches the glow of his smile. It really is quite the prolific performance, and even more impressive considering his duties as a director as well.

With all of this being said, this film could have been about thirty minutes shorter than it was, and with that, certain scenes were not given the weight they deserved or needed to truly hit home. The actual editing of this film is fantastic, but the pacing hits some major issues earlier on in the film. A slow moving drama is one thing, but a stagnant drama is another, and for one reason or another A Star is Born decides to stop moving forward all at times. It’s felt deeply with a movie that moves though as much time as it does.

A Star is Born is something you’ve seen before, but I can guarantee you that you’ve never seen it like this. The chemistry of our leads is everything you could hope for in a love story told with such precision. Cooper has created something past popcorn fair on his first steps out as a director. He has come to the party, sporting a black t-shirt with white tattered print that reads “I’m here to make cinema!”.