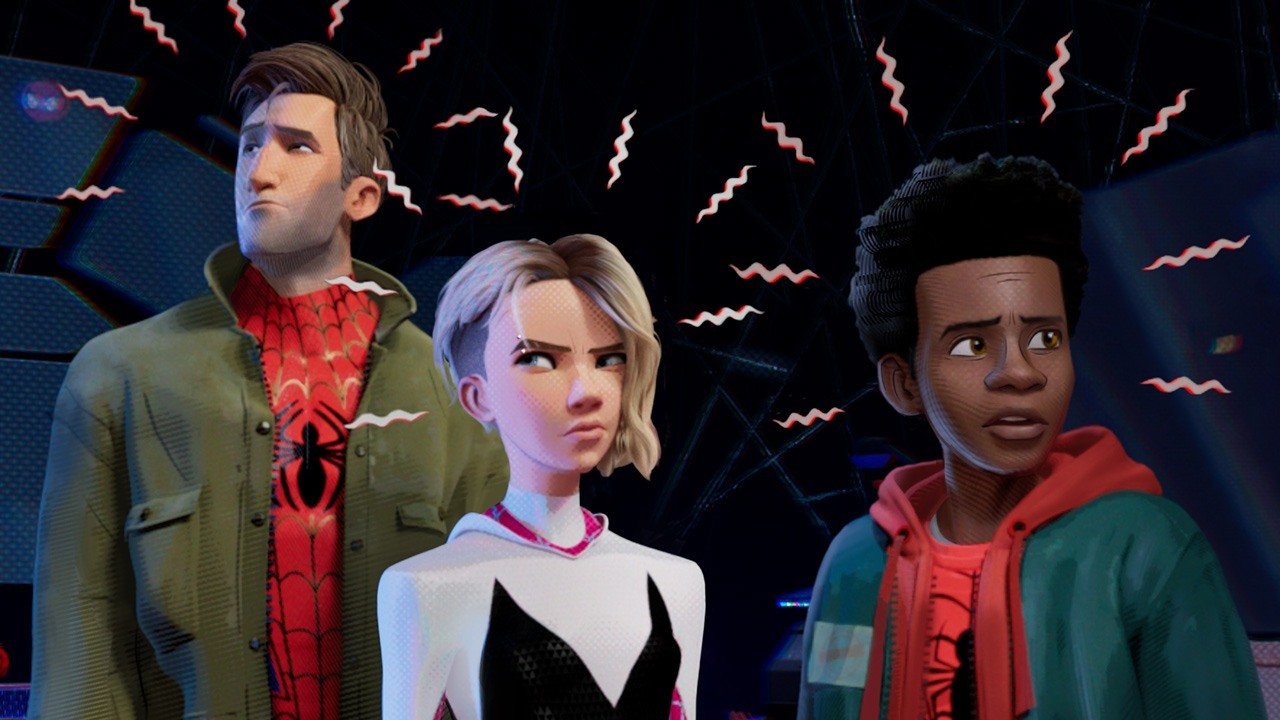 The name will strike a cord with comic book enthusiasts, and will fall flat for many, but make no mistake… that’s the name of the kid who now holds the mantle as “Spider-Man” in the comics. Unfortunately, the most discussed aspect of Miles is his skin colour: the first black Spider-Man. He has a different origin story, a different set of powers, and an entirely new arc, but the focus has been on the most in your face aspect, the fact that he’s black (half black and half latino).

Spider-verse aims to change all of that, and it does in ways no one would have expected. With a story that is filled with heart, reflection, and incredible characters, Spider-verse takes a property that’s arguably had its heyday and completely reinvigorates it. Telling a story that is as heart wrenching at times as it is hilarious and action packed, this animated gem brings us something greater than “Homecoming” ever did – a story with soul and an undeniable energy.

Miles is brought into the fold of Sony’s Marvel universe in a film that focuses on breaking norms. Thematically it isn’t heavily discussed, except for a few well placed lines, but Spider-Verse is all about switching it up, and why not! This is the perfect playground for something new, and a lot of this is ideas that you’ll want to see sticking around. This is also where some of the genius of this film lies. We focus on switching it up, and not necessarily on introducing a new “black” Spider-Man, just a new Spider-Man. The film attempts to shift a lot of what we know and it’s difficult to discuss these shifts without messing up a well plotted film, but in a story where alternate universes collide, there is room for some interesting spins on favourite villains. There is also a ton of room for some incredible tongue and cheek moments in the script. This film is arguably as meta as a Deadpool film, and it’s amazing to see studios willing to play with their properties like this.

Style and substance go hand in hand here, because you’ve never seen anything like Spider-verse. The animation used to bring the story to life is some of the most interesting stuff coming out of studios today! Creating a marriage of comic book animation, cell shading, and 3D animation, Spider-Verse looks like a 3D movie without the glasses at times, but in the most visually stunning ways. Creating layered bokeh behind characters, depth of field is felt in an almost fractured sense, playing very well into the story being told. Additionally, the character designs are wild! From the costumes to the actual modeling of the characters, the ideas presented here are exquisite and beautifully realized.

The next layer of life is brought from the exceptional voice over cast.  Some of these names you’d never expect to find in a Spider-Man title: Nicolas Cage, Liev Schreiber, Hailee Steinfeld,  Brian Tyree Henry, and Mahershala Ali. They come together to create one of the most dynamic animated ensembles. Henry shines as Miles’ father, bringing a wisdom that is far beyond his years, and the same needs to be said for Schreiber as Wilson Fisk. His performance brought a necessary nuance to the character that elevated this film in its final moments, something that many comic book films have a hard time achieving.

The vibe Spider-verse creates is fun, fast paced, and the heartbeat to a story about a kid from Brooklyn, not Midtown Manhattan. The music does a lot to push this in the right direction. It reads as a typical flavour of the week soundtrack, but it operates as so much more. The energy the tracks bring to the film with its expert use is in a way mesmerizing. Additionally, the film presents some great nods to the past with some Biggy making its way into the mix. Brooklyn is in the house, and the directing team of Bob Persichetti, Peter Ramsey, Rodney Rothman manage the use of the star fueled soundtrack with restraint and intelligence.

Review: Out of Print

Review: Now You See Me