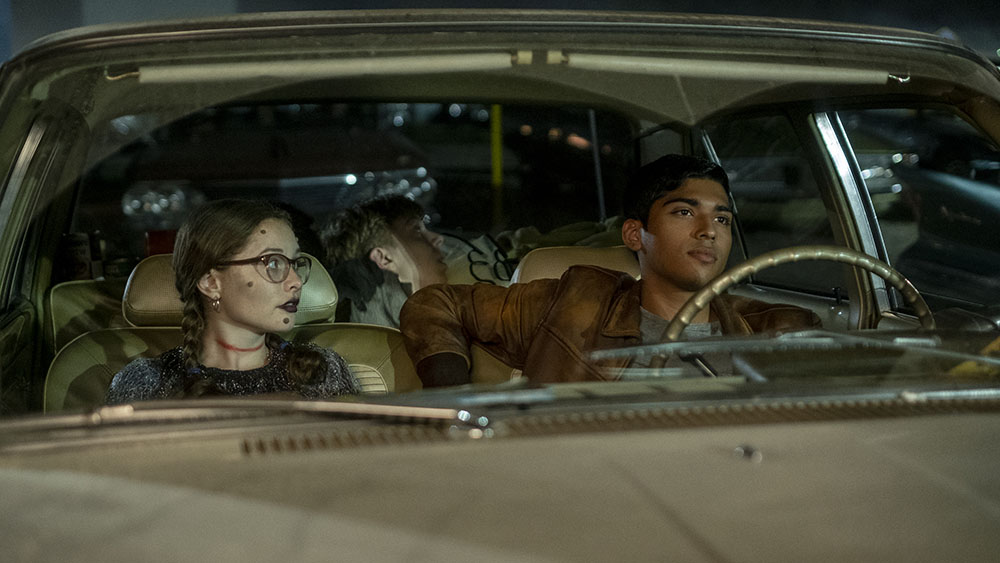 Scary Stories to Tell in the Dark is a big screen adaptation of the much loved spooky book for kids. The film follows a group of teens who decide to trespass into a haunted house (when does that end well?) and find a book written by a mysterious and long dead woman. Each night following their break-in, the book targets one of the kids with a creepy story that comes to life – with potentially fatal consequences. Expect all the cheesy, fun, and spooky horror scenarios you can imagine.

The film’s biggest accomplishment, in a time where the horror genre is being redefined with the very mature likes of A Quiet Place and Get Out, is putting the fun back into scary movies and playing with classic tropes in a way that is both nostalgic and fresh. The film’s structure, somewhere between a singular story and an anthology, helps with that.

One big fear audiences won’t see in Scary Stories to Tell in the Dark is bad acting. For a film that depends almost exclusively on an ensemble of teenage characters, the performances are exceptional. The actors dance expertly between comedic and serious wherever the movie requires, and Zoe Margaret Colletti also fleshes out the movie with some emotional depth.

The only eye-roll inducing moment is the unnecessary hints towards a sequel in the last few minutes, which seemed tacky and unwarranted. But with such a well-rounded film, you can’t blame them for wanting to bring it back for a second helping.

Review: Love Is All You Need