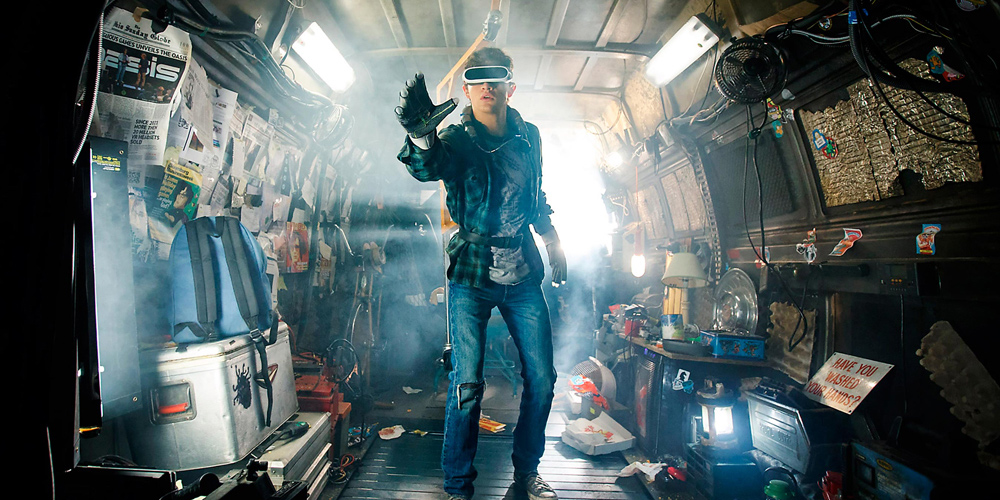 In the year 2044, where everyone is obsessed with 1980s American pop culture for some reason, people escape reality in The Oasis. A sort of virtual reality version of the internet, it becomes an obsession for most, especially amidst a challenge to solve puzzles in order to gain the rights to the creation itself. When Wade Watts (Tye Sheridan) becomes the first person to make headway in the competition, he finds himself teamed up with a small group of outsiders, including his best friend Aech (Lena Waithe), and Art3mis (Olivia Cooke), a skilled player who helps Wade win so that the evil corporation IOI, run by the even more evil Nolan Sorrento (Ben Mendelsohn), don’t take over The Oasis.

Steven Spielberg’s latest film is strange. Completely conventional in every way, it is passably entertaining, even if it’s not very interesting. But the focus on film, television, and video game references from the 1980s is somewhat baffling. Spielberg, returning to his heyday, stuffs his film full of homages and quotations. But with humour which will appeal to an audience too young to appreciate them, what’s the point?

The film, however, takes great pride in its knowledge. In a key scene, Wade tests Nolan’s knowledge of John Hughes films; Nolan, who knows nothing, bluffs his way through with the help of staff by way of an ear piece. He attempts to prove that despite being a CEO, he’s just like us: he loves movies, he loves to unwind with a video game and can of Tab. But what’s baffling is that the film treats knowledge of incredibly popular Hollywood films with lasting favour as both obscure and subversive. The references here are never satisfying: they are too easy for that.

Riding on nerd cred, which is actually just references to accessible media, Ready Player One has little else going for it. The plot is clichéd beyond its homages, resorting to old (and often sexist) tropes to push forward its dull narrative. Ultimately, its the film’s easiness that aids it: it’s something light to consume. But somehow, under the barrage of 1980s macho-nerd pandering, the whole thing is just more exhausting than it should be.

Review: To The Wonder