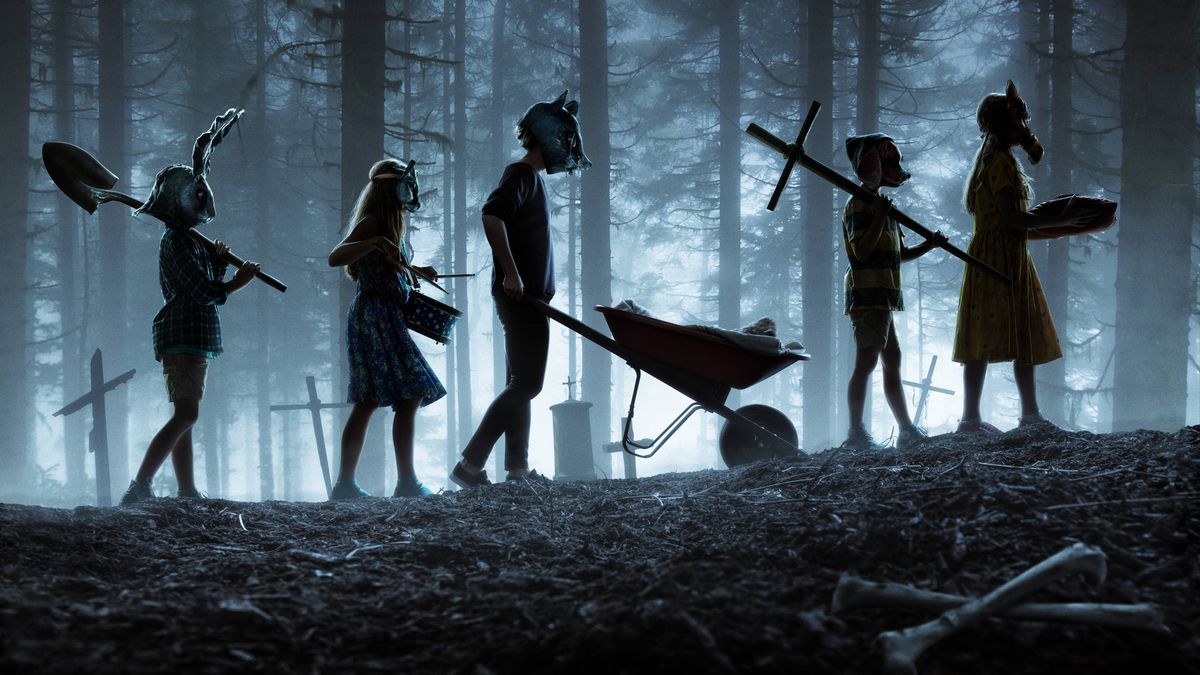 Pet Sematary has always been a strong concept. The book’s “unique” thematic exploration of  life and death is both chilling and insightful, making it a perfect candidate for film adaptation like most of King’s novels. It’s what drove the commercial success of the 1989 original, which was in hindsight a poorly acted adaptation that stood on the strong ideas that were core to it’s source.

The remake was supposed to be different. It was supposed to be a true adaptation, with trailers heavily hinting that changes were ahead. We got a glimpse of way more than we should have, but it gave audiences the belief that this film wasn’t the Pet Sematary you remembered. The film takes this idea and makes it it’s core filmmaking tool however, creating a film that bases all of its horror, humour, and payoff on the fact that we’ve seen this film before. The parlour trick gets old quickly however, throwing some great performances into what is arguably a mess of a movie.

The argument can be made that performances aside, character development as a whole takes a huge step forward in Pet Sematary, which makes huge strides with characters such as Rachel who is fully realized in this film. Even the fractured relationship between Louis and Rachel’s parents is shown to us through stares and looks, and awkward goodbyes, as opposed to being forced down our throats like it was in 1989’s offering. The development is pushed further through some incredible performances from Jason Clarke playing Louis Reed, and Amy Seimetz playing Rachel. They’re impressive performances that get lost in a narrative that feels fractured and cheap, but it allows a few scenes to stand on their own and arguably shine.

On a technical level, there is very little to be impressed by. While the SFX work here is far from terrible, the poor cinematography throughout the film does little justice to any of their achievements. Colour palettes are poorly chosen muted colours that create a muddy image that is unclear and unprovoking. And while a lot of time seemed to have been spent on the set design of the actual Pet Sematary, the burial grounds (which they still manage to tie to aboriginal originals) has to be the most defunct horror set I’ve seen in the woods. All of that being said, the work done with Church is incredible. The design and effects that bring him to life are A+, and leave a lasting image in an otherwise forgettable film.

This film is built on the premise that everyone has seen Pet Sematary, and inherently fails to present anything new to the idea. It’s too busy assuming it’s being smart to actually be smart, which is a problem within the studio structure, but is the literal death of this film. Many hoped for more with this remake as the original in all of it’s glory had a lot of room to grow. Unfortunately,  this isn’t it.

Not to hit the nail over the head any harder than it needs to be, but isn’t this films plot essentially an allegorical tale of what what just happened here. The studio exhumed the corpse of a resting intellectual property and brought it to the Pet Sematary, only to have it come back as an unholy, arguably worse version of itself that rests on the very being of it’s past life?

Review: Night at the Museum Secret of the Tomb