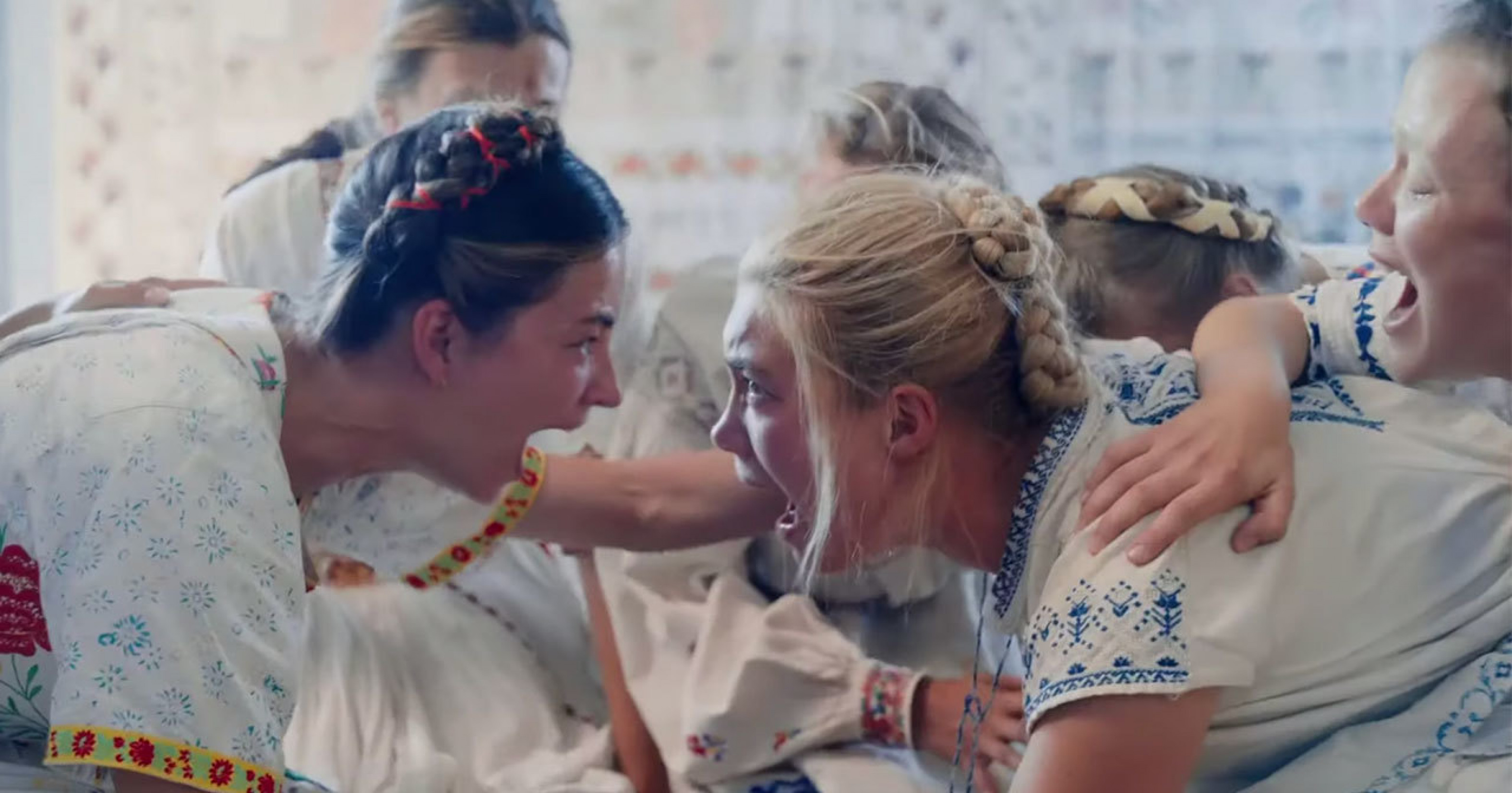 You’re going to hear a million comparisons to Ari Aster’s latest and The Wicker Man. It’s simply unavoidable. The film is rich with the tapestry of folk horror, but one might find their affinity to be surface level. Aster’s entry into the genre is a perplexing and harrowing experience, masked in the beauty of vibrant landscapes and a never setting sun. You won’t find yourself lost in the music and the mystery as you would in The Wicker Man, but instead you’ll find yourself lost in self reflection, giving the film a personal tone that makes every viewing unique.

Florence Pugh and Jack Reynor lead our cast as Dani and Christian, a couple holding on to the corpse of a relationship. Following an absolutely gut wrenching opening, the film picks up quickly and gets the festivities going as Dani follows Christian and his friends to a celebration of midsummer in an off the path Swedish village. As one would assume, carnage ensues.

The performers bring a necessary energy and commitment to their roles, pulling us into their insecurities and emotional turmoil. The work from Florence in particular will shatter your world more times than one throughout the almost three hour movie. She grabs you early on and never quite lets go, as she herself is pulled into something she can’t quite understand. Her pain is matched by the naivety of Reynor’s Christian, an antagonist that truly has a piece of you within him. We are all Christian, and it might be the most genius move the film makes, placing you in the midst of a dilemma that seems so clear cut, but we all know is much murkier than anyone can anticipate.

At two hours and twenty seven minutes, the film manages a brisk pace, never situating itself anywhere too long. It does make one wonder whether certain plot points deserved the chance to extend the running time of the film. There are some elements of the script that go nowhere, and due to dialogue that sounds incredibly half baked surrounding a thesis project, it’s leaves one wondering if the film needed it. This is without a doubt a problem generated from a script that needed one more draft to really clean it up. It’s also a problem that detracts heavily from the film when the dialogue takes center stage.

Midsommar is bound to be a divisive outing to the theater. The film is rich with clues, and paths, but lacks any clear definition. The ending lands as one of the most open ended moments in horror history, but Midsommar was never about telling a linear story. The film stands an exploration of one’s self, and does so through creating an experience, something that escapes a classic like The Wicker Man and places Midsommar in a conversation of its own accord.

Review: Dawn of the Planet of the Apes

The Young and Prodigious T.S. Spivet