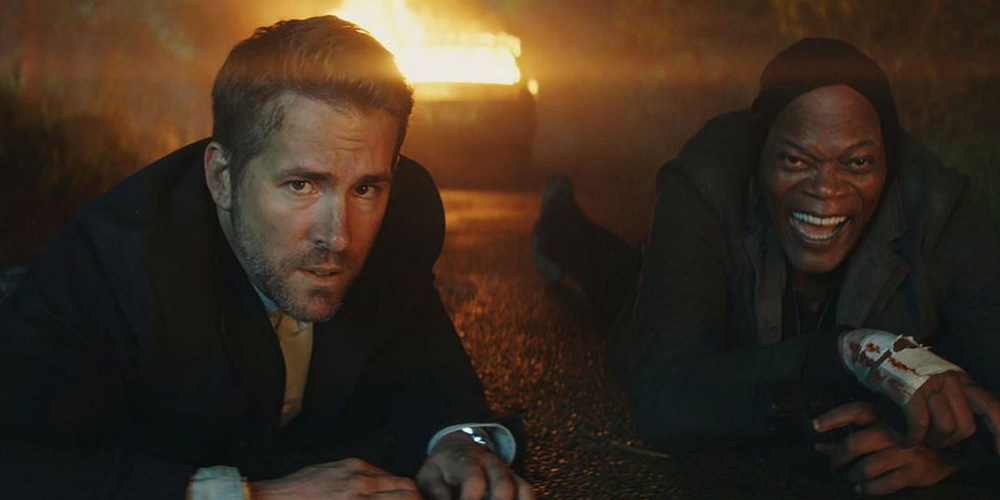 Within the wave of summer genre films, The Hitman’s Bodyguard seems unremarkable. Unlike style-over-substance fare, like Baby Driver or Atomic Blonde, Patrick Hughes’ latest film is incredibly straightforward. But amidst the exhaustion of aestheticized action films, this conventionality is exactly what’s needed for a film that is simply fun.

Samuel L. Jackson and Ryan Reynolds star as the titular hitman and bodyguard. When contract-killer Darius Kincaid (Jackson) is summoned to testify against the dictator Dukhovich (Gary Oldman), Michael Bryce (Reynolds) is brought in to transport him securely to the trial. The chaotically reckless Kincaid is a total opposite to the rule-abiding Bryce. Nevertheless, a friendship is formed, and the two, despite being hounded by Dukhovich’s men, make their way to the courthouse.

Taking the old story of two opposite characters who grow in camaraderie, and as people, is not fresh. The plot, as well as action sequences, are all totally predictable. But in its own way, the film is good at this predictability. Jackson is charismatic, and plays his role to perfection, elevating the typical “brash criminal.” Certainly coasting on star persona, Kincaid is a distillation of every energetically expletive-laden Samuel L. Jackson role — but that’s not a bad thing when it’s well done. Salma Hayek as well, in a small role as Kincaid’s wife, manages to make a totally flat character both charming and hilarious.

The film is well-paced, and the action is effective. Character development is shallow, but padded out with shoot-outs and car chases. Which is to say, nothing about the film is necessarily special. But despite its lack of innovation, or perhaps because of it, The Hitman’s Bodyguard is totally enjoyable. Lively, pleasant, and amusing, it seems that film excels at being unremarkable. Playing to its strengths, whether that means an effective use of cliché, or a showcase of Samuel L. Jackson being Samuel L. Jackson, The Hitman’s Bodyguard makes the standard action-comedy effortlessly fun.

Review: O.J.: Made in America