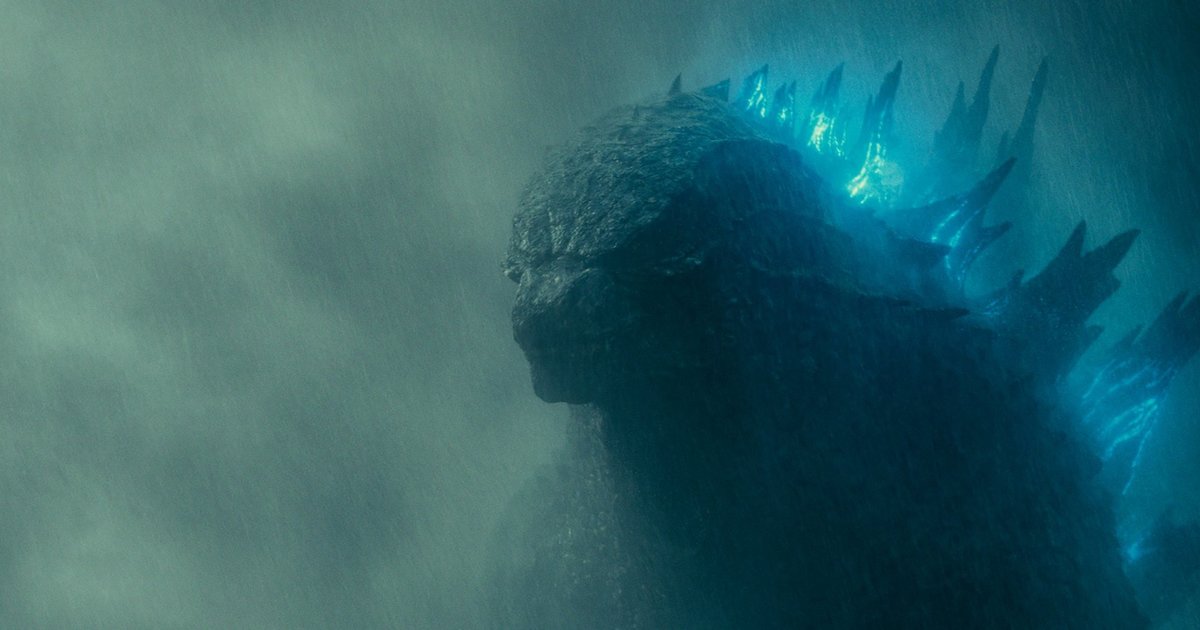 For over 50 years audiences across the world have been captivated by Godzilla. The mythos, scale, and spectacle brought people out to the theater for over thirty films, released in both Japan and Hollywood. The longest running franchise in the history of cinema.

On paper, the character is a studio’s dream property.

Western audiences fell in love with the “King of Kaijus” long before they ever got a film made from an American studio. Toho Co., the Japanese company that produced Godzilla films, released thirty-two films that put the monster into an uncanny amount of battles against other Titan’s like King Kong, King Ghidorah, and Mothra. This was the era of Godzilla that captured the fans, a time that American studios hoped to continue in their acquisition.

Director and writer, Michael Dougherty, seems to be aware of where the franchise is coming from. The film is packed with subtle nods to the original film and Toho franchise which includes a fun reprisal of the Godzilla theme. The marketing promised a monster filled romp with a ton of Toho favourites under one roof. Dougherty himself promised to take a “gloves off” approach to the script.

So, where did everything go so terribly wrong.

King of Monsters, while feeling a lot like a simple stepping stone, is unsure of whose story it wants to tell, and arguably what story it wants to tell. Is it due to it’s unintelligent script? Maybe it has something to do with a heavily under utilized cast? Unmotivated edits? Mind numbing character motivations? Battle scenes that are illegible at moments? While Edwards’ 2014 Godzilla left audiences wanting to see more of the monster, Dougherty’s entry simply leaves us wondering why you weren’t at home watching the trailer instead.

The film promises a lot, and doubles down on that promise with a cast that is out of this world. However, the trouble starts when you realize how underutilized that cast is Sally Hawkins and Ken Watanabe reprise their roles from 2014’s Godzilla, but we are also introduced to a slew of new characters that begins to drag our narrative to a new space where it they can focus on conflict between the Titans. This includes the Russell family, which includes Millie Bobby Brown, Vera Farmiga, and in one of the most comical performances of the year, Kyle Chandler. These are our central characters in a plot that has stakes that never quite seem like something they’re actually up for. Kyle Chandler’s dialogue is laced with one liners that would give the worst of Schwarzenegger a run or his money. What cuts deep is the sincerity it’s delivered with. They’re not trying to bring you a B-Movie here. They’re attempting to hit the same dramatic notes that the 2014 Godzilla brought to the table, and failing. The performances are unbelievable, the dialogue is not only questionably, but delivered flat. The rest of the cast falls into basic supporting character duties with very little light being shed on who they are as people. We didn’t need another 15 minutes of story to flesh people out, but some quality writing and even direction could have helped bring some depth to these characters. Instead, opportunities with incredibly talented stars like El Royale’s Aisha Hinds are wasted. Seriously, take a look at the bill and realize that these characters mean nothing. It’s a heartbreaking moment.

Visually, this film managed to look great except for when it counted: the Kaiju battles. The first couple battles have moments where things are indistinguishable. It’s unclear whether this is to put us in the chaos with the humans, or if it was just sloppy filmmaking. It’s even more devastating when you take in the design of the Kaijus. Seeing these things in action is fantastic when you can see it, and when it finally happens. Dougherty promised us Kaiju battles, but what we get is two hours of mind numbing plot with a dash of monsters tearing each other apart. It’s that or the weight of the clunky narrative crushed the battles with a need to support it. Either way, it’s one of the stample aspects of the franchise – people kept coming back to see Gozilla square up against another Kaiju. A reason people are excited for this film, and unfortunately it doesn’t manage to deliver on the promise.

Audiences wanted this film for a chance to return to the days of Toho. The time when you’d enter a theater and be thoroughly entertained by Godzilla battling a bunch of over-sized baddies. It’s what was promised, and it seems simple enough, but clearly something is missing in translation as American studios have taken their stab? Or maybe it’s simply the case that recreating something for the thirty-fifth time is pointless, when there really isn’t much else to say with the creature.