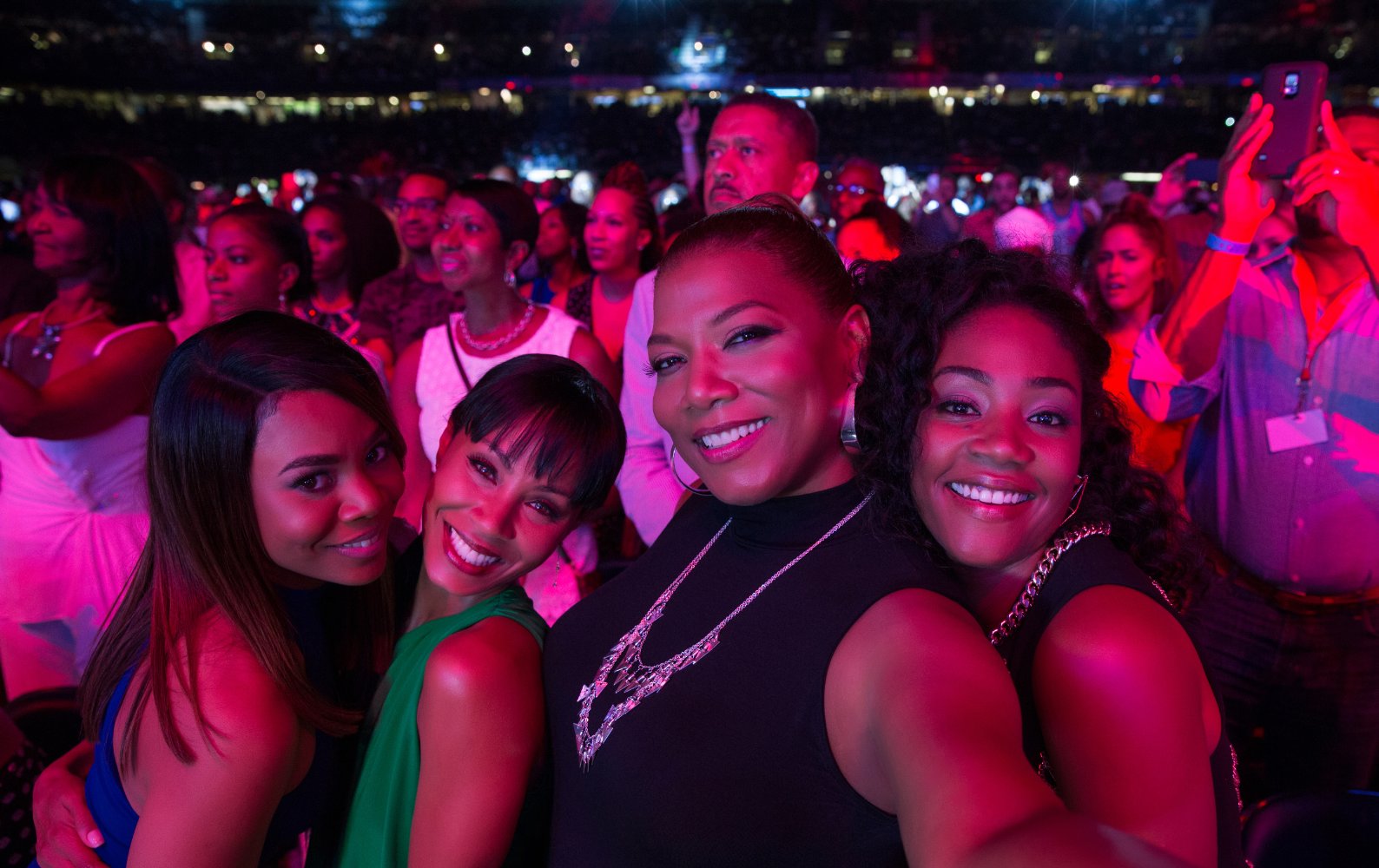 All hail Malcolm D. Lee! The auteur who brought us The Best Man Holiday, Undercover Brother, and Barbershop: The Next Cut returns to steal the summer. His latest, Girls Trip, comes to sweep up the mess left behind by this year’s laughless summer comedies. In the hands of any other, Lee’s film could have been as forgettable as the rest, but with an excellent quartet of leading ladies, Girls Trip towers as one of the funniest and most heartwarming films of the year.

Regina Hall stars as Ryan Pierce, a sort of Oprah-like author invited to speak at the annual Essence Festival in New Orleans. Ryan uses the opportunity to reunite her group of college friends, “the flossy posse”. Joining her are Lisa (Jada Pinkett Smith), an undersexed physician, Sasha (Queen Latifah), a gossip columnist, and Dina (Tiffany Haddish) who has come along to make sure that the four women have one hell of a good time. Along the way the group must contend with Ryan’s philandering husband while trying to enjoy the New Orleans nightlife.

Throughout, Lee’s film embraces both the heartwarming and the outrageous. The comedy here is broad, raunchy, and never fails to hit every beat. Lee has casted four actresses with some serious comedy chops. The biggest surprise here is relative newcomer Tiffany Haddish. Some will recognize her from her role on the underappreciated The Carmichael Show, but most will be seeing the actress here for the first time. A particular scene in which she shows the women how to properly use a grapefruit will be burned into the minds of viewers for years to come.

Girls Trip is an absolute joy to experience. It not only stands out as one of the best comedies of the year but also as an important film about a strong friendship shared between a group of women. Girls Trip is the film of the summer. Forget about all the explosions and brutish masculinity. Spend this weekend with the girls.