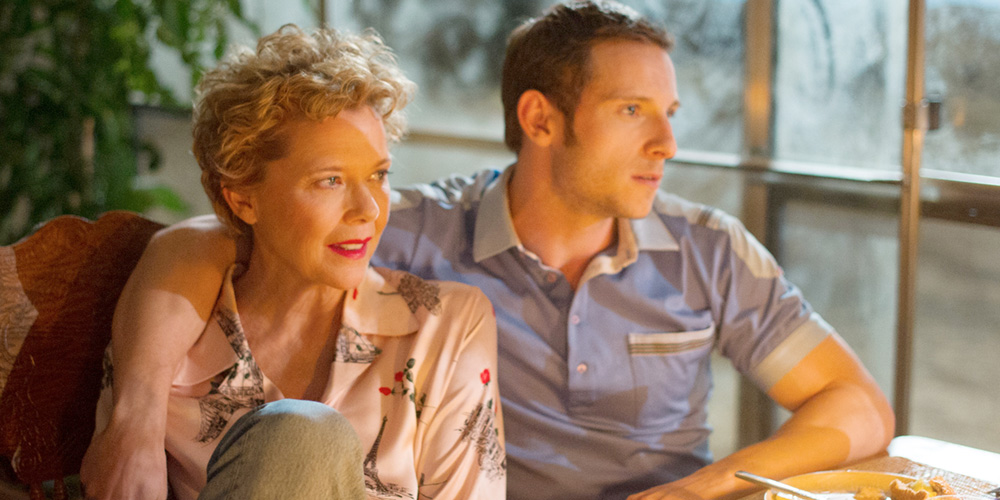 Gloria Grahame was famous for her femme fatale roles in the Hollywood’s Golden Age, but by the late 1970s, her career was waning. Annette Bening plays the aging star as she appears at the end of her life: full of energy, confidence, ambition, a fifty-something Gloria encounters 28-year old Peter (Jamie Bell) while she performs in a play in Liverpool. Despite their age difference, the two strike up a passionate romance in Film Stars Don’t Die in Liverpool.

If that synopsis seems slight, it’s because it is. The film, told in flashbacks as Peter cares for Gloria during the last days of her life as she battles cancer, has very little substance. The couple meet, flirt, and fall madly in love. Surprisingly few people object to the age difference (save Gloria’s snippy, and only briefly present, sister), and the conflict of her health is so present from the start of the film that it destroys any dramatic tension: we always know the couple will persevere, get back together, confirm their love, and, ultimately, survive only until their tragic end.

With such an easy story, the film could be boring. It’s almost too likeable — or rather, banking on likeability, with its softly challenging relationship, but with no real stress or drama. Characters too are flat. Exaggerated to the point of melodrama, they never possess realistic depth to make the singular focus on the relationship seem worthy, instead giving a Lifetime movie vibe to what appears to be otherwise a fairly glossy Hollywood product.

What saves it is its cast. Bell and Bening perform their relationship with such earnestness that it sells the romance which might be otherwise uninteresting, or ring false in its perfection. And supported by greats such as Vanessa Redgrave and Julie Walters, Film Stars is pleasantly rounded out. The film can feel a bit too easy to swallow, but at least with the charm of its cast, it’s never boring.