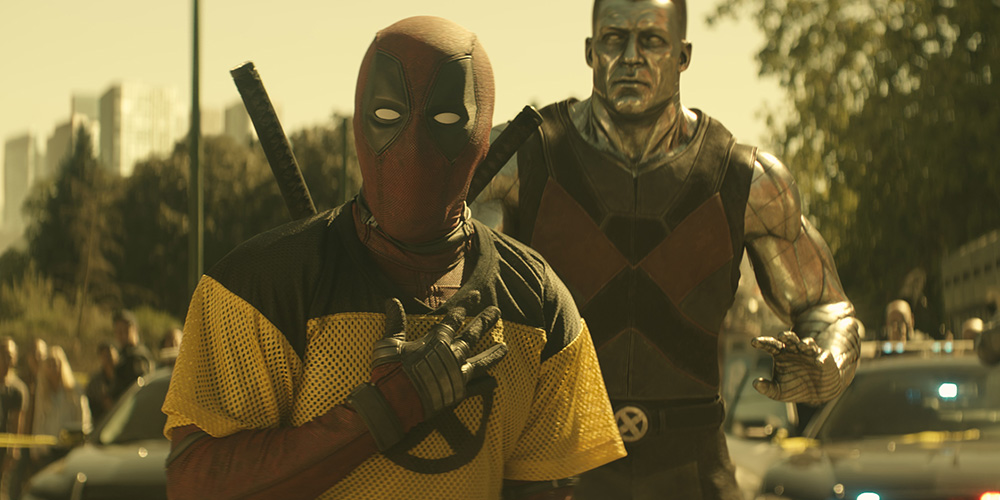 Two years ago, on Valentine’s Day of all days, Deadpool hit theatres to critical acclaim. The marketing campaign for the film was top knotch as well, hammering it home as a romance movie for all the couples on the big day. If you got a chance to check it out you’d know that it’s far from your normal Valentine’s release, but honestly, that’s Deadpool, and the entire team behind this film understood that, which is what made the film so special. In a time where we have a ton of comic book movie releases, Deadpool was the anti-hero that we all needed, and the film played as the anti-super-hero movie we all needed.

With a marketing campaign that has indefinitely put the first film in the shadows, can the bigger, louder, Cable-filled, Deadpool 2 give us a reason to cheer for the guy we should all hate?

The film’s script finds itself heavy in laughs, much heavier in fact than it’s previous entry. It all plays well, specifically with the source material, however it leaves the plot of the film feeling dangerously thin. Audiences won’t come to Deadpool for a page turner, but even with the humor abroad, his comic offerings have also delivered some incredible stories with the fun. Additionally, we were taken through an hour and a half long origin story in Deadpool, so if there was anywhere to really push the envelope with the film it was here. However, we do get a film that is packed with humor, and incredible nods to the comic book material. In fact, one of the best things about this franchise is how on the nose the films are to the comics in feeling. The film constantly pokes fun at the world of comics and comic films while still knowing that it’s one itself. Watching the movie feels likes an elevated version of the comics, which is magical and one of the best parts of the experience. So, if you’re liking what you see, give the source material a read.

Ryan Reynold’s hands are all over this film from his incredible Deadpool portrayal, to the script, and even lending his hand as a producer. Some of the more actor specific moments could have only been made possible with his involvement at the script level. He steals the show, and it’s hard for him not to. Deadpool’s character is so big that it’s almost hard to place him with larger ensemble casts. They manage it here though, with a wide array of new faces joining the fight, including Josh Brolin as Thanos, er, I mean Cable! Standing out above the rest was Zazzie Beats as Domino. It’s hard for an actor’s portrayal of not giving a damn to be as infectious as she has delivered. Seeing Domino in action also lends to some of the most stunning sequences in the film. Does this mean that Cable falls flat? Not really, but the script has done him no favors with him getting little time for any real growth or incredible moments.

We got the bigger, louder, funnier movie that we’ve been promised, but you’ve got to wonder if it’s really “more”. The film is one hell of a great time, but inevitably it is forgettable as it leaves the same taste in your mouth as the first film. People aren’t here to be moved, but at the same time, a lot of people who aren’t fans of the comic will feel out of the loop, which is a balance you have to ride with comic book films. Don’t be mistaken though, this is one hell of a ride that you should take, even if it will only be once.

Review: This Is The End