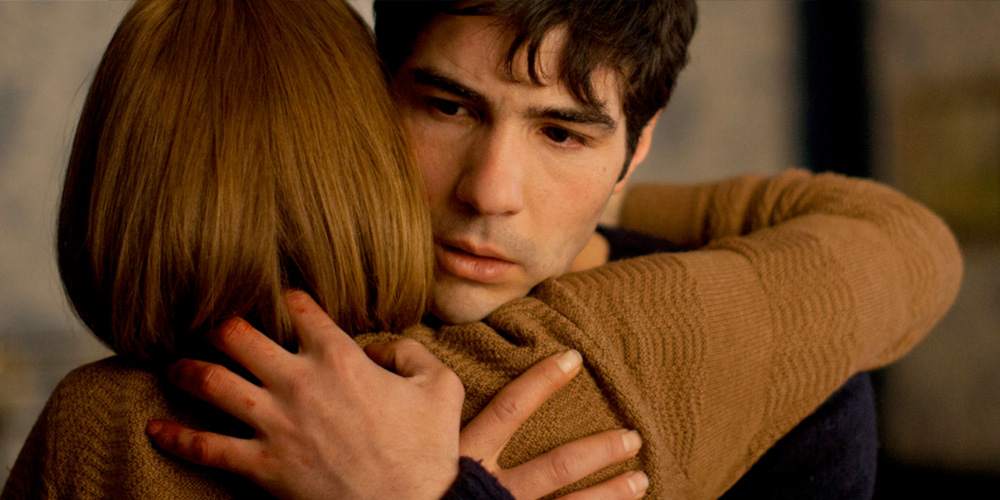 Photography has always been a multi-faceted topic for filmmakers to explore, given the different opportunities it presents. Beside the indulgent, meta qualities of making moving images about images, photos also deal with ideas like perception, subjectivity, preservation, and immortality, just to name a few. Japanese director Kiyoshi Kurosawa (Cure, Pulse) trains his eye on photography in Daguerrotype, a French production that sees the director working outside of his home country for the first time. And while Kurosawa has plenty of versatility as a director, for his first foray into foreign territory he sticks to his comfort zone of supernatural horror.

Taking place in Paris, Daguerrotype plays out through the perspective of Jean (Tahar Rahim), who gets a job as an assistant to the reclusive, temperamental photographer Stéphane (Olivier Gourmet). But Stéphane is no ordinary photographer, as he relies on the archaic daguerreotype method of photography, shooting life-sized photos on a camera about as big as a refrigerator. The process itself is extreme, requiring models to be propped up in a painful contraption and forced to stay still for up to 2 hours, and the only person willing to pose is Stéphane’s daughter Marie (Constance Rousseau). As Jean gets more comfortable working for Stéphane, he falls in love with Marie and entangles himself in a mystery involving her family and a ghostly apparition of Marie’s mother.

As a mystery, Daguerrotype brings up many questions: why is Stéphane so obsessed with this particular method of photography? What happened to his wife? And is there really a ghost haunting his large, crumbling estate? But the biggest question Kurosawa’s film brings up is “Who cares?” The challenge with creating a genuine mystery isn’t making up a question so much as it is creating a drive or motivation to find an answer. Kurosawa fails to create that drive, causing his film to exist in a dull stasis when it comes to the narrative.

When some answers do come out, like Stéphane photographing his daughter as a way to preserve her as much as possible, the photographs become a nice symbol for the futility and pain of trying to stay in the past. But as soon as Kurosawa brings this idea into play, he discards it in order to follow Jean and Marie as they come up with a plan to get Stéphane to sell his house to a real estate developer. The narrative shift allows Kurosawa to start playing with perspective, as Jean begins to have a hard time discerning between what’s real, fake, or metaphysical. This attempt at ambiguity and uncertainty by dislodging the film from reality only inspires frustration though, as if Kurosawa is just prolonging these middling mysteries in order to pad his runtime.

Although Kurosawa’s narrative failings make Daguerrotype come up short as an effective film, it’s not without its merits. Rahim, Gourmet, and Rousseau help drive the film with their strong performances, and a cameo by Mathieu Amalric is a welcome surprise. Kurosawa remains as impeccable as ever on a technical level, utilizing the murky, cavernous spaces of Stéphane’s mansion to maintain a consistent sense of dread, and when he goes into full-on horror mode he pulls off some unnerving sequences. It might be for the best if next time he just sticks to the thrills, rather than putting viewers through the trouble of watching him reach for a level of profundity he can’t quite grasp.

Review: War for the Planet of the Apes