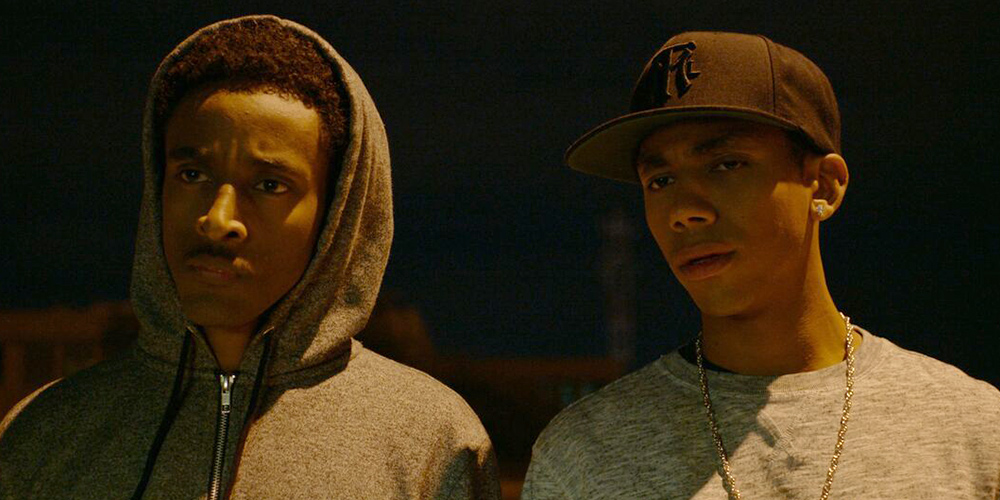 The small Montreal-based film Boost is making big waves in Canadian film. Nominated for 5 Canadian Screen Awards on March 11th including 2 for its young up and coming lead actors Nabil Rajo and Jahmil French, the 2017 feature by director Darren Curtis is an interesting look at immigrant life in Canada and the struggle between choosing family or choosing to fit in.
The story follows Hakeem and A-Mac, a seemingly normal relationship between two teenage boys on the surface that quickly dissipates as their lives take a sharp turn and challenge them to become men in a dark new world.
Of the two, A-Mac often takes the lead whether it’s deciding to cut school or telling Hakeem what girls to go after, it’s clear that he feeds off of Hakeem’s insecurities about fitting in. After school they start their shifts at a car wash, Hakeem trying to earn some extra money to support his mother and younger brother while his absentee father was sent away for trying his hand at some criminal activities. Hakeem however, decides that the money he’s making from his part time gig isn’t satisfactory for the kind of lifestyle he wants to lead, so he tries his hand at dabbling in some criminal activity of his own. The boys don’t have to stray too far though as the car wash is a front run by Hakeem’s uncle Ram, played by the formidable Mbaho Mwine, used to spot luxury cars which are later stolen and sold off to the highest bidder.
The story isn’t anything new. A typical heist movie where the relatable protagonist steals a car, goes for a joyride and then finds himself in trouble with the law is all fairly predictable stuff. Darren Curtis just spices things up by creating characters with relatable backgrounds that you want to root for. The fast pacing of the story also allows for consistent and surprising tension throughout the film, and you never truly know which way things are going to pan out.
Boost is a tense Canadian crime story with surprising emotional depth and heart at its core. It opened in Select Toronto theaters March 2.
4