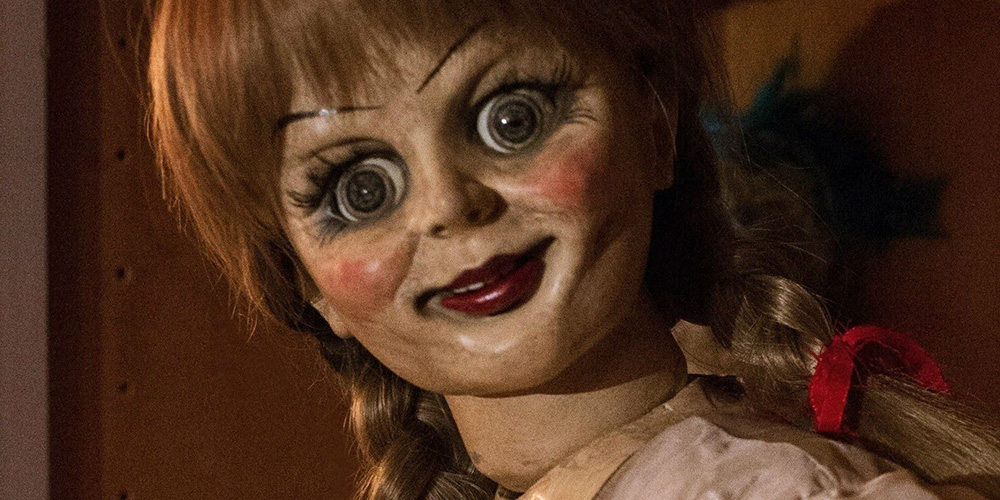 Years after the death of their daughter, the Mullins have opened up their very obviously haunted house and doll-maker’s shed to a group of oblivious orphans in Annabelle: Creation. Comically creepy, the film is not without its sense of humour, but goes for scares rather than self-aware fun. Relying too heavily on formulaic horror, this prequel to 2014’s Annabelle is flatly mediocre.

Unlike director David F. Sandberg’s debut, Lights Out, Annabelle: Creation does very little to invoke a sense of real fear. Instead, we have constant jump scares without creativity. Characters do nothing but make bad choices: they split up, they never turn on the lights, they go into rooms they are forbidden to enter. It is unsurprising, then, that every bad decision results in the house’s demonic presence popping up. As such, there is no atmosphere.

The Mullins’ home is too tritely creepy to generate real fear: it’s full of dismembered doll parts, hidden rooms, poor lighting, and a secretive Mrs. Mullins who perpetually wears a grotesque mask. Likewise, actions are too predictable. Where the demonic attack may have been scary, it feels too natural for characters so unaware of the danger they are constantly walking in to. So formulaic it could be a parody of the genre, Sandberg’s film is frustrating in its lack of awareness.

While jump-scares often make for cheap horror, they are at least effective. They are startling, and scary, if only for a moment. But as the film goes on, this fear is lessened by the introduction of the demon at the centre of the haunting. Depicted on-screen as a sort of pixie-ish gargoyle, the demon is almost cute, and at the very least it is nowhere near as creepy as the hidden ghost, or little girl who haunted the house at the start of the film.

But, as mentioned, the film isn’t without its humour. It is hard not to laugh sometimes at how obvious the horror becomes, or how exaggerated the creepiness is — even when this is not the intent of the film it does add to its fun. The Annabelle doll itself is comical in how scary she is, and in the idea that anyone would have made her for a purpose other than being a ghost-conduit. And with such a quintessentially haunted house, it is hysterical that no one seems to be suspicious in the least of what could be lurking in the amply dark corners. Unfortunately, though toying with this humour, Annabelle: Creation prefers to play its horror straight. Too slight in lasting scares to make a very good genre film, Annabelle: Creation excels a startling jumps and nothing else.