For the past decade, Canadian director Atom Egoyan has continued to make extremely mediocre films. With such recent disasters as The Captive and Devil’s Knot, most have slighted Egoyan, his successful efforts The Sweet Hereafter and Arajat being disregarded. In what seems to be some sort of plea, Egoyan has finally taken the commercial route with Remember, his latest film that is surprisingly the best thing he’s done in years.

The film follows aging Auschwitz survivor Zev (Christopher Plummer), who now lives in a nursing home and suffers from dementia. After his wife’s death, Zev promised fellow survivor Max (Martin Landau) that he would have vengeance by finding and killing the Nazi that murdered their families. With Max’s guidance, Zev escapes from the nursing home and sets off on a cross-country journey to find the Oberkapo who escaped Poland over sixty years earlier.

There is something about this film that just does not sit right. It is kind of hard to believe that someone actually sat down and thought that this would be a good idea for a film. The whole thing comes across, as slightly offensive and it will surely leave viewers uncomfortable. While it may not sit right, there is still something oddly compelling about Remember. The film takes a 50 First Dates approach, having Zev forget the events of the past month every time he dozes off, which happens frequently. Plummer, accent and all, is actually quite charming.

While the whole old Jewish man going after old Nazis thing feel’s a bit outlandish, Egoyan someone pulls it off. It takes chutzpah to make a film like this, but if there’s any filmmaker with chutzpah, it’s Atom Egoyan. 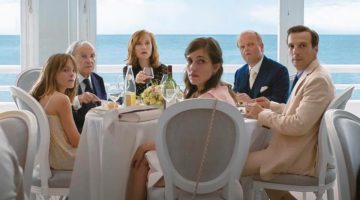 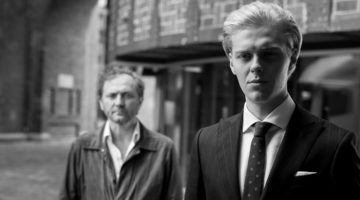