Obvious Child doesn’t play coy. An opening monologue by Donna Stern, a late twenty-something comedienne, is indecent, vulgar, and hysterical. It’s the perfect way to set the tone (talking about women’s underwear, that is), about a film that seeks to feature characters as true to life as possible when it comes to dating, sex, and growing up.

Well, growing up in the 21st century. This isn’t exactly a coming-of-age film, mainly because Donna should have already came of age. At least that is what some of those around her, including her mother, think should be happening.

When her boyfriend breaks up with her, Donna takes a night to herself, one that involves excessive wine drinking, crying in her pajamas, and leaving emotional and unpredictable voicemails to the cheating ex.

Donna, though, isn’t a caricature. She is both sexy and awkward, sweet and profane, a daughter who both feuds with her mother and adores her. Jenny Slate portrays Donna, an actor herself no stranger to profanity. She is effortlessly luminous, staying captivating throughout this emotional rollercoaster of a movie that is at times absurdly silly, charmingly romantic, and well, deathly serious.

That is because Donna’s somewhat carefree existence, which involves regular stand up appearances at a club, a loyal best friend, and a family to fall back on, is subverted after a night with sweet, boyish, bookish gent.

Then the predictable happens. It’s a turn that is explained in the synopsis and trailer, but one that curiously though takes a while to actually get to in the film. The direction Donna leans though, when it comes to the path she will take, is the rarer one taken on screen, especially when it comes to blissful, fated romantic comedies.

Which is in part why Obvious Child is so refreshing and genuinely roar-out-loud funny. The characters have both quirks and faults that run authentic. They don’t necessarily lead charmed existences, nor do they occupy some fantasy world where manic-pixie dreamers roam. They laugh and cry and sob and fart, and it’s all adoringly human and genuine, even if it’s too much for the prim and proper.

While Obvious Child once or twice adheres to its title and becomes too overt, spelling out metaphors and meaning to the audience in trite fashion, it is overall a wondrous experience from writer and director Gillian Robespierre. The humor of varying shades is unrelenting, while the drama maintains a perfect balance, affecting the heart as much as the head.

Review: Jean of the Joneses 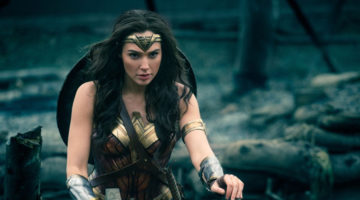 Review: Made In America