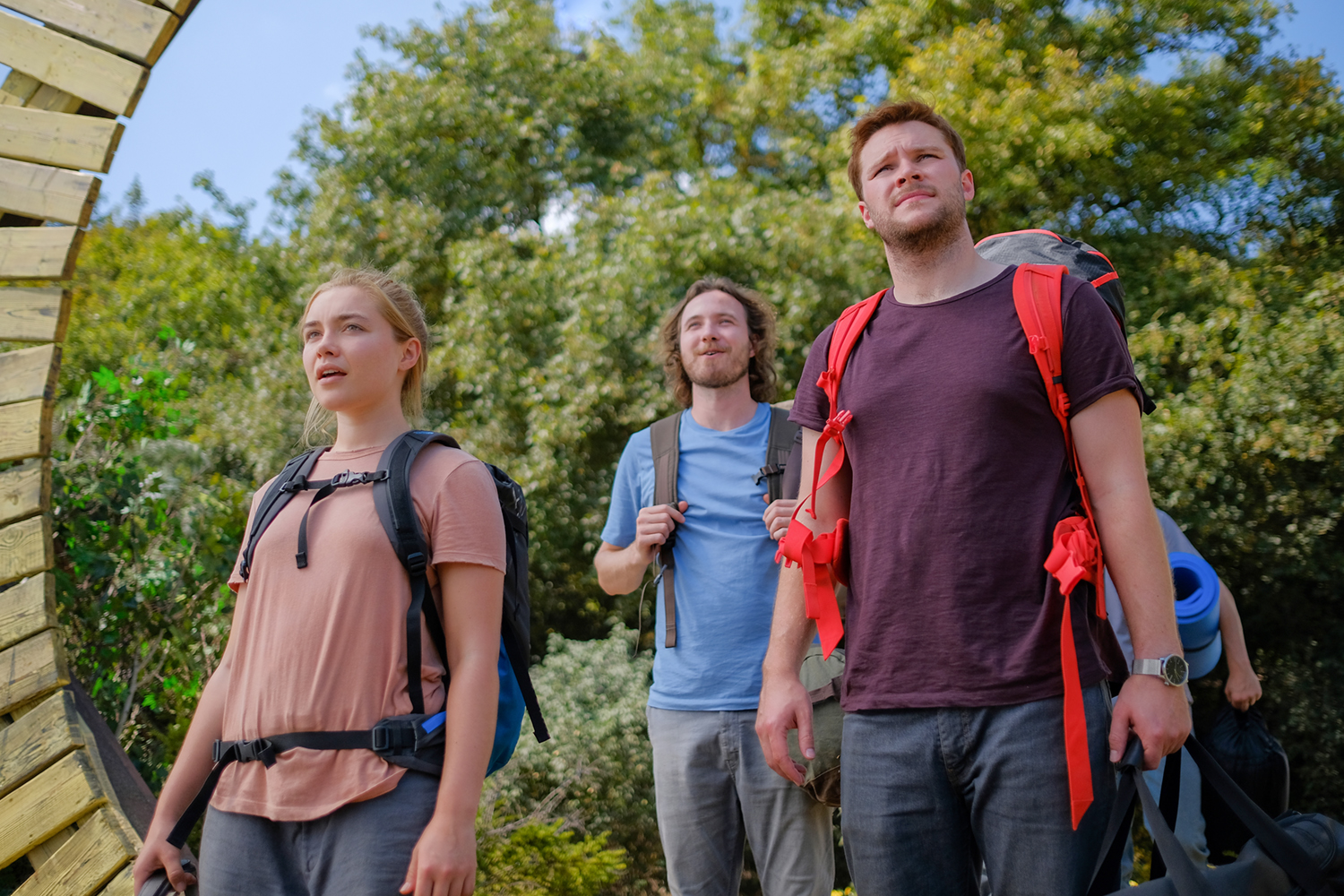 A week away from the release of MIDSOMMAR Jack Reynor takes a seat at the roundtable. The night before, after screening the film, he spent a portion of the Q and A discussing his character Christian’s role as an antagonist, and the idea that he might not be when put against the traditional definition. Aster shoots it down, but Reynor pleads his case.

These words are clearly coming from a man more in tune with the arts than most, and after the roundtable it was clear why.

Jack Reynor, a cinephile turned award winning actor and budding director and writer. It’s a lot of hats but Jack wears them all in perfect fashion. Sitting across from a table full of journalist, he’s calm and cool, and just excited to be here and chat with us. It’s immediately reminiscent of an interview conducted about a year ago with Aster himself.

You were in the room with someone who unapologetically loved cinema.

Speaking a lot on the emotional strain the film keeps the cast under, and the sheer difficulty of capturing a world where the sun never sets, we asked Reynor to describe which scene he found to be the most difficult to capture.

JR: A lot of the dinner scenes were very very difficult for us for a multitude of reasons. Those tables were mirrors so it was boiling hot every day. It was just direct sunlight in every direction. So, even to not squint all day was a challenge. The heat was making everyone very uncomfortable and the food that was out on those tables… they were not sprayed with glycerin, so it was rapidly deteriorating and there were maggots everywhere all the time. There was also a swarm of wasps for the entire shoot, and the glasses are filled with sugary water, so at any given moment you’ve got three wasps crawling along your skin and you just had to be okay with wasps. That was it.

JR: I didn’t get any stings thankfully, but some people did!

The conversations eventually moves over to Reynor’s own directorial efforts and his general love for cinema. He discusses early conversations with Aster that quickly dived into their love for Japanese cinema, spouting off directors that would make Criterion blush. Being such a connoisseur of cinema, we had to find out more about his relationship with horror growing up.

JR: To be honest with you, I was never into horror until I got into my twenties. I was just too scared. I’m trying to remember what I watched first. It was probably ‘The Omen’.

JR: Original! I mean, I love ‘The Omen” and I kinda feel like that was the first time I watched a horror film and I recognized and acknowledged the quality of filmmaking in it. And then I just started to inch my way out bit by bit and found myself watching a lot of Giallo cinema, so Dario Argento movies, Mario Bava movies, and beyond that ‘Kwaidan’ by Masaki Kobayashi, if you’d consider that a horror film, but that’s just a piece of art, it really is. Empire of Passion by Nagisa Oshima. Then there’s more recent stuff like ‘Battle Royale’ by Kinji Fukasaku. You could count it as a horror film in a way. Hideo Nakata, I think his best film is not Ring but Dark Water. So that kind of stuff, and I guess when I was younger I did like John Carpenter’s stuff. I was always a big fan of ‘The Thing’. It’s a pretty clever commentary on paranoia you know. ‘The Fog’ as well, which is one of his underrated ones, but I still leave the lights on when I watch it. So yeah, I love horror! I love the genre and I think it’s been incredible over the last ten years to watch how it’s regenerated in such an interesting way. You can have such an elevated a prestigious film, that has substance and exists within the genre of horror. Not because he’s my friend and I work with him all the time, but I would site Ben Wheatley as being vital in bringing the genre back with ‘Kill List’. I think that opened it up for a new kind of dawn.

As we wrapped up it was easy to see that the incredible start Jack has had to his career has only been the beginning. He’s got the love and clear dedication to cinema, one that breeds a special kind of creativity. One that we desperately need in this current age of filmmaking.

Before you love him, get ready to hate Jack as the worst boyfriend ever, Christian, when Midsommar comes out July 3rd 2019.

Interview: Phyllis Smith talks INSIDE OUT, life changing memories, and her appreciation for Toronto

5 Questions with Jessica Edwards of Mavis!

Five questions for Mark Raso, Writer and Director of Copenhagen

Who You Know: Trailer and Exclusive Interview

The rom-com starring Dylan Everett, David Hewlett, and more is set to make a splash at film festivals.