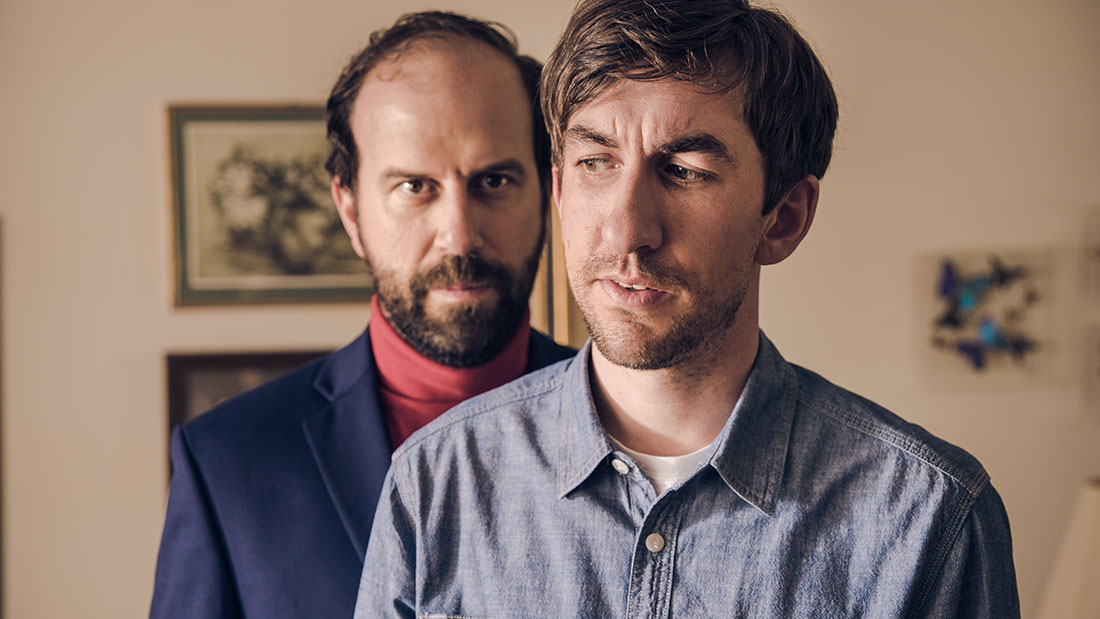 Three years ago, high school senior Mitch (Mark Little) won the lottery. Now broke, having spent his winnings investing in failed projects, Mitch lives at home with his parents. Rather than find a job to help his parents save their home, Mitch clears out one of his two rooms, and rents it to the mysterious Carl (Brett Gelman). Directed by Matt Atkinson, Room For Rent offers a hopeful opening, but fails to sustain its comedic promises, leaving the viewer as bothered as its central character. At this point, Brett Gelman has mastered the strange and rather obnoxious shtick in previous films, yet here it feels out of place. Gelman’s absurdist humor is welcome in his more daring works, though due to the ordinary style (and substance) of Room For Rent, he comes off more irritating than he should. Nevertheless, the film’s protagonist is so unlikeable that one is forced to side with Gelman’s Carl regardless. Adding some needed personality to the work are Stephanie Weir and Mark McKinney (Slings and Arrows) as Mitch’s parents. Their instant attraction to Carl makes for some light entertainment when the pair is pitted between their son and the new tenant. As the film proceeds, the antics between Carl and Mitch become so outlandish, yet unfortunately remain uninteresting. There is talent in Room for Rent, but it is carelessly misplaced, making for an ultimately forgettable experience.