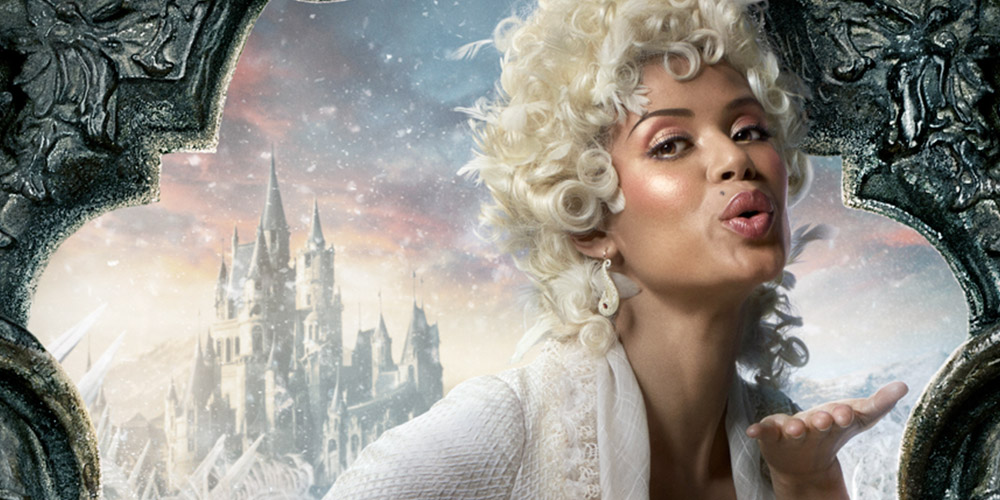 Interview: Audra McDonald on Beauty and the Beast

Audra McDonald is one of the most respected actresses in musical theatre. Over the past twenty-two years she has won six Tony awards for her acting on stage, currently holding the record. Having most recently appeared on the screen in Ricki and the Flash, McDonald returns to film as Madame Garderobe, the full-voiced, yet permanently sleepy wardrobe in Beauty and the Beast. We spoke with McDonald about working on the new film as well as some of our favourite stage performances.

SC: Alan Menken and Tim Rice wrote a new song for you to open the film. What was it like working on that?

Audra McDonald: What I love about it is that it gives you a backstory. The new song and the scene where you see the prince before hand, you get an idea of what he was like and world that he had created for himself. It helps you to invest in him and rest of the household characters that you see there that become unwilling victims of this curse. I think it makes the end of the movie pay off more because you’re more emotionally invested. That’s all because this number establishes a world very quickly.

SC: What was it like doing voice work in the studio in comparison with your stage work?

AM: It’s fascinating. In some ways, it can be difficult and challenging because you don’t have the other actors with you in the scene that you’re doing. It’s just you and in the recording studio. I had Bill Condon and Alan Menken there. When you’re in the studio you have to do such much make belief, imagining that someone is speaking to you. There’s also something very freeing about that. It’s just your voice and you can do whatever you have to do to make the sound that you want to get the emotion across. If you were to look at the videos of me you would see that I was gesticulating wildly and kind of waddling so that I could feel large because I’m this huge piece of furniture. There’s something freeing about that. It was like I was six-years-old again

SC: So I imagine it’s very different than being in the studio recording a soundtrack for a stage show that you’ve done.

AM: Absolutely. For a stage musical you have the sense of what it’s like to play the character and be on stage. When you do record you have your cast members there with you.

SC: Why do you this story is one that has resonated for so many years?

AM: Well the story has been around for hundreds of years. It’s a story that gets right to the thing that makes us most human: the desire and need to be loved and feel love. To be seen and to feel seen for who we are on the inside. That’s always going to resonant for us. It’s even more resonant right now when we’re in an era where social media is so huge and you can put these ideas of who you are out to this web-universe. It’s so easy to judge only by what you’re seeing. Often times we’re not looking deep enough into what’s really there.

SC: I wanted to ask you about performing Shuffle Along on Broadway last summer. You had this amazing role and performed it and danced night after night while you were very pregnant. It was an incredible thing to witness. What was that like?

AM: It was a joy being a part of that. It was a joy to shine a light on a history that was basically erased was very important for me to do, so I felt a sense of responsibility and honor to bring these people’s story to life. Then it just got harder [laughs]. Being pregnant in the summer and trying to tap dance and stay pregnant – and I’m not young, I was forty-six doing that – so it become a challenge. We had an incredibly supportive cast and company so everybody was lovely. There was one dancer who would walk me up the stairs every night to my dressing room after the show. He would take my hand and we’d just slowly walk up. He’d say, “Come on Miss Audra, we can do it!” In between scenes the cast would all touch my belly. It was a very supportive group.

SC: I also wanted to ask you about playing Billie Holliday in Lady Day at Emerson’s Bar and Grill. That was such a jaw-dropping and draining show to experience. What was it like playing her?

AM: It was something that I was so psyched to do. I didn’t know if I’d be able to pull it off. I didn’t have faith that I’d be able to get her sound, but I was also attracted to the fact that I was scared to take this on, that was how I knew that I needed to do it. The more I researched this lady and the more I learned about her, the more obsessed I became with her, and the more determined I became to portray her with as much honesty and love as I could. It was amazing doing it nightly in New York City. There’s nothing like a New York City audience, especially when there’s no fourth wall. I’m speaking, as you saw, directly to the audience. You were never sure what was going to happen. Sometimes people would talk back to me, sometimes they would ignore me, and sometimes they would be on their phones, it kept it all very real. It was a kind of rush that you don’t get anywhere else. It was a joy. I’m very excited to do it now to do it in Washington DC. I’m ready to go back and visit Billie again. It was so draining that when it was done I was ready for it to be done. So I’m excited now to go back and have a visit with her and see where she’s at with me.

SC: Someone was on their phone during one of those performances? Did you react like Patti LuPone would have reacted?

AM: Oh yeah, I remember what Patti did. One night a phone rang practically during the very end of the show when she’s really down. It was so obvious, and they didn’t have cell phones in that day. So I reacted to it the way that Billie would have reacted to it. I wouldn’t say I reacted like Patti LuPone but there was certainly some four-letter words that were used [laughs].

Beauty and the Beast is now playing.