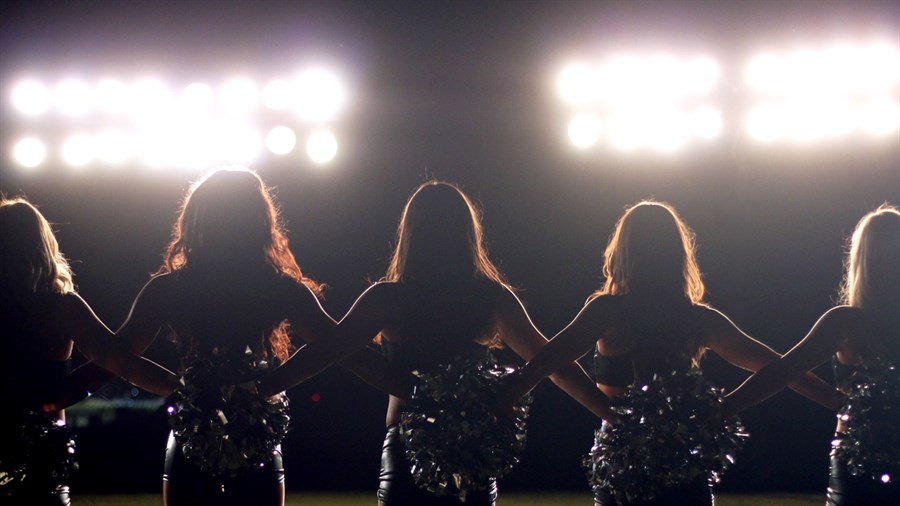 The massive profit machine that is the NFL has been hiding a secret far too long. Despite making a estimated 14 billion per year with team owners making millions per year, players signing million dollar contracts and even coaches making millions, the cheerleaders are often left working long, exhausting hours for no money at all. With the teams selling “it should be a honor to just be part of the team” for decades, things finally hit a turning point when some women finally say enough is enough and take the whole league to court for restitution.

Following 2 of the plaintiffs from the earliest of the lawsuits, Lacy and Maria who cheered for the Oakland Raiders and Buffalo Bills respectively, over the span of multiple years as they attempt to take the matter to court, director Yu Gu uses many different angles to fill in the story. Vintage recruitment videos, excerpts from employee manuals complete with ridiculous social requirements and more are used to frame the picture of a drastically antiquated and sexist system designed to keep these women away from the salary they richly deserve. The fact that these cheerleaders are not only not paid but also expected to cover their own expenses is shocking to say the least.

The film also covers the backlash from the NFL, online trolls and sexist fans denouncing these ladies worth to even former cheerleaders shockingly speaking out against the endeavours of these ladies, painting a full picture of the massive struggle in front of these ladies. The film certainly doesn’t put the NFL in the best light and the filmmakers do well not to shy away from the material, sticking tight to their guns and exposing this injustice for all to see.

In the end we grow to appreciate these ladies and the courageous effort they put forth, through both private and public moments shared on camera, and embrace them as the fighters they truly are.