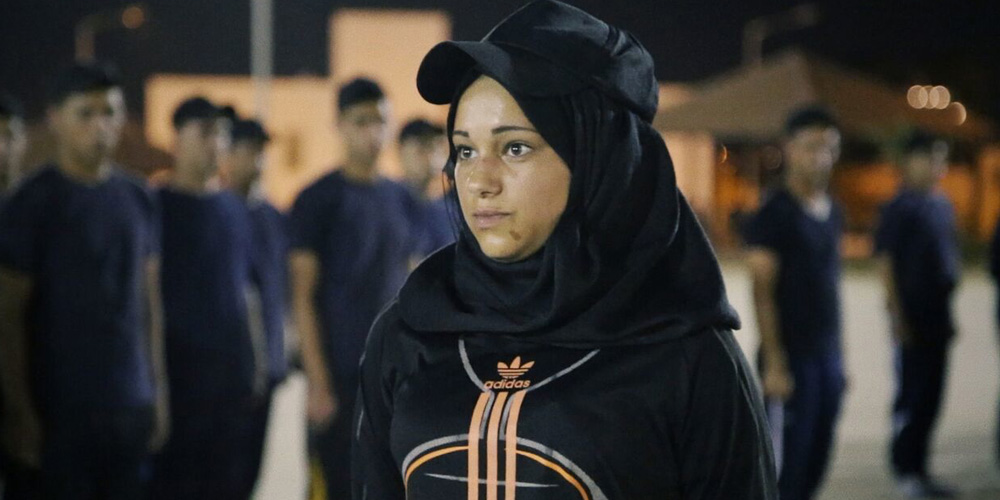 What Walaa Wants tells story of Walaa, a young Palestinian raised in the West Bank’s Balata Refugee Camp, who dreams of becoming a policewoman despite her outspokenness and restless nature. Following Walaa from 15 to 21, director Christy Garland shoots from when Walaa’s mother, Latifa, is released from an Israeli prison, and continues until Walaa is working her first job. Considering the arc of this coming-of-age story, Garland does well to depict a real journey, even within the limited runtime.

Walaa grew up largely without her mother who was imprisoned for eight years and also without a father, who left to start another family in Jordan. Her outlook on marriage, men, gender expectations, and the status quo more generally are clearly rooted in her lived experience. Beyond her difficulties at home, the general pressures of being a teenager in Balata are no joke, and Garland does well to capture that reality even while using the sometimes reductive slice-of-life format.

The most interesting parts of the film are centred on Walaa, her home life, and the everyday interaction this family has with oppression. The film spend a bit too much time on Walaa’s professional development; these scenes are the most predictable even if key to her growing up. An underlying theme in this film is how kids, including Walaa, are forced to grow up with alarming speed in Walaa’s world and children are fluent in the darker aspects of adult struggles at a young age.

Aided by an atmosphere full of political and social tension, What Walaa Wants leaves much for the audience to unpack but never loses sight of its main protagonist, whose story being told is alone an act of peaceful resistance.