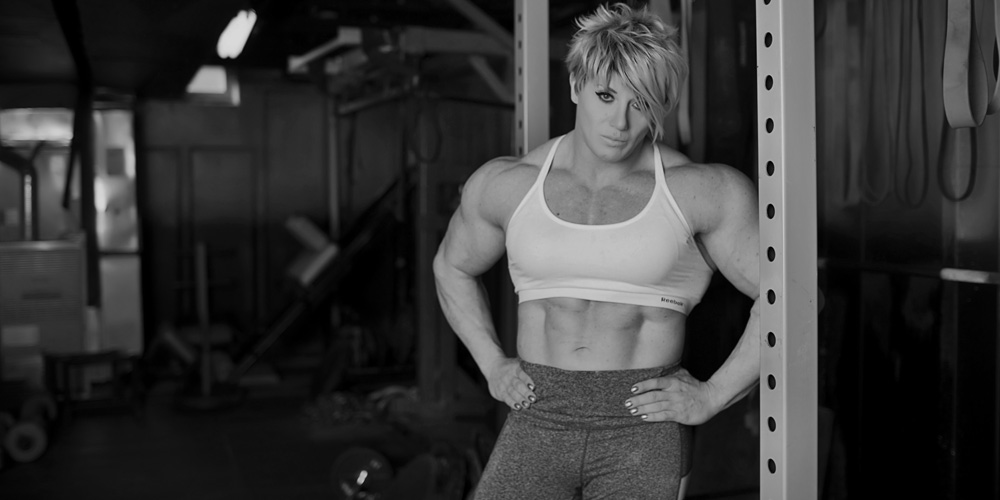 Matt “Kroc” Kroczaleski had always been physically strong. He was a student athlete, a marine, and then served on the Presidential Security team under Bill Clinton. As a bodybuilder, a career he set out on post-military, he set the powerlifting world record in 2009 in the 220-pound weight class, squatting 1,003 pounds, deadlifting 810, and benching 738 for a three-lift total of 2,551. Few knew that Matt, while experiencing success professionally, was carrying another type of weight far removed from the gym. Everything changed on July 27, 2015, when YouTube user luimarco posted a video outing Matt as the Instagram user @janaemariekroc, a transgender woman.

Michael Del Monte’s documentary, Transformer, introduces the world to Janae Marie Kroczaleski, who at the beginning the film is fluid, alternating between Matt and Janae. Matt’s transition to Janae is complicated for a whole host of reasons and the film handles the journey with exceptional empathy and balance.  The film essentially features two distinct people sharing one body and Del Monte is particularly effective at capturing who Matt and Janae are, and how the transition has weighed on them both.

The film isn’t perfect and some key aspects underdeveloped, including the impact of the public outing, and the abrupt emergence of a sudden, potentially destabilizing obstacle at the very end. Nonetheless, Transformers is a straightforward, character-driven doc that is deeply personal. Janae “Kroc” Kroczaleski makes for a wonderfully entertaining and vulnerable subject and her story will surely resonate with festival audiences.