Five Reasons to Own The Avengers: Infinity War

The theater event of the year comes home!

The theater event of the year has come home to BluRay, UltraHD, and digital formats! The Avengers: Infinity War somehow managed to live up to the lofty expectations set by just about everyone. It walked the fine line of engaging storytelling and action marvelously for a two and a half hour romp that only gets better with each view.

I can’t stress this enough – Infinity Wars is one of the most re-watchable films of the decade. Each run through is just as fun and thrilling as the last, and it currently has most of the movie going public salivating for a taste to the finale.

There was a lot that went into making this film. A lot of it is quite extraordinary in fact and the special features do a swell job of pulling back the curtain on the magic. Unfortunately there aren’t any traces of previews for the next film, but do understand that the commentary truly adds a new layer to the film that might change your theories for the follow up. 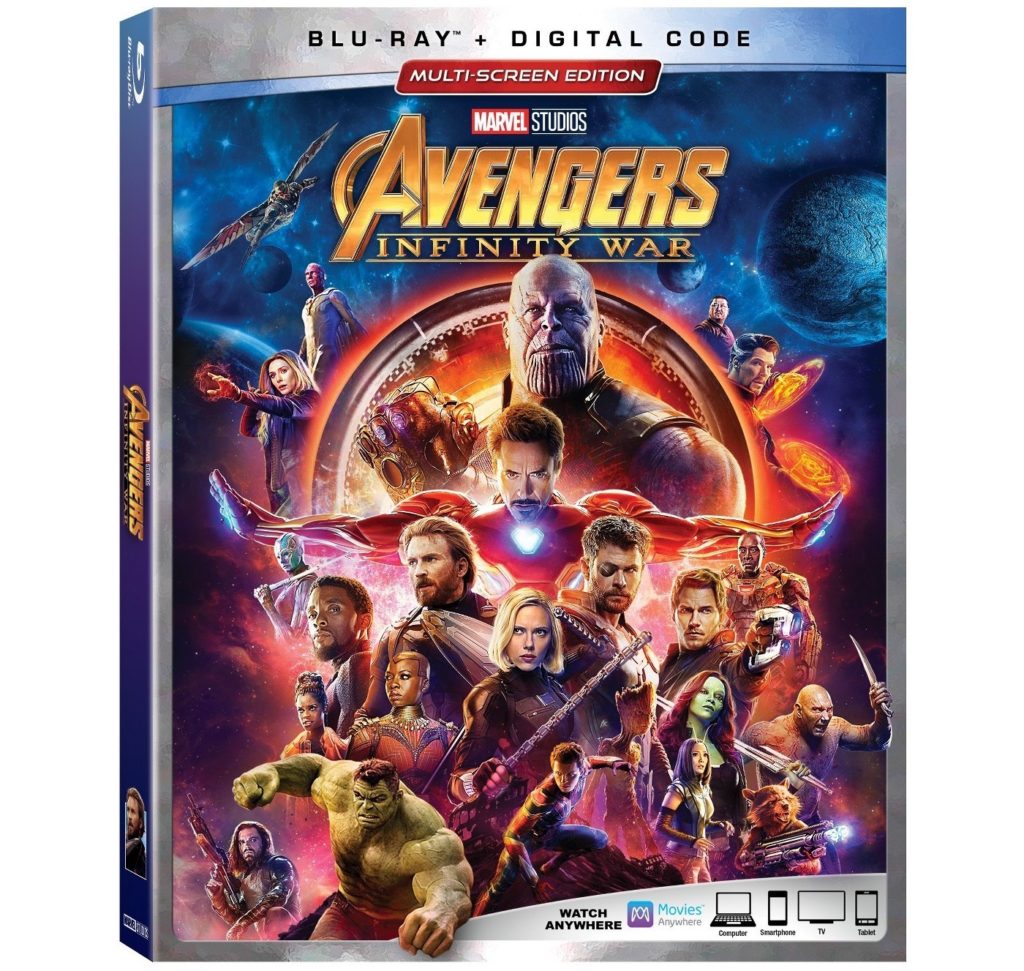 It’s always nice to hear new levels of the audio when listening at home. The occurrence is rare so it’s truly appreciated. Infinity War’s mix is one of these special instances, and it really brought scenes like the Battle on Titan and Wakanda to life. Theater mixes are loud and boisterous, but the DTS master mix is precision.

Wondering if any Asgardians survived? Want to dive into Hulk’s psyche? The commentary that features Joe Russo and Anthony Russo and the writers of the film Christopher Markus and Stephen McFeely. Everything you’ve ever wondered is covered in this thorough dissection of the film by its creators! It might be worth the price of purchase all on it’s own.

These deleted scenes are amazing and clearly only got cut due to time. From a Hogan cameo to a connecting and humorous scene featuring Nebula and the Guardians of the Galaxy, these scenes never feel like dead weight.

Keep in mind… there are only a few of these scenes, as I assume a lot of it made it into the final cut of the film.

Beyond the Battle Featurettes

This special feature was a personal favorite. A twenty plus minute dive into the battle sequences on Titan and Wakanda. So much work went into imagining and creating these scenes. Seeing a birds eye view of all of it is greatly appreciated, considering the mark this film sets in the Marvel universe.

Really can’t get enough of Thanos. He’s a marvel of a villian and they really took his character to the next level. One of my favourite parts of rewatching the film is noticing all of the complexities to our villain. It’s more than his love for Gamora. It’s the clear realization that Thanos is the definition of a sociopath.

Lastly, I just want to note that while I love owning Infinity War, I have an extended appreciation for the IMAX format. When a film can present itself in the true IMAX format it really eclipses any other way of watching the film. Yes, this includes the comfort of your own home. All of this to say that I implore you all to assure you spend some of that hard earned cash in the cinema. You’re not just paying for a movie, you’re paying for an experience.

5 Reasons to pick up GREEN ROOM on Blu-ray