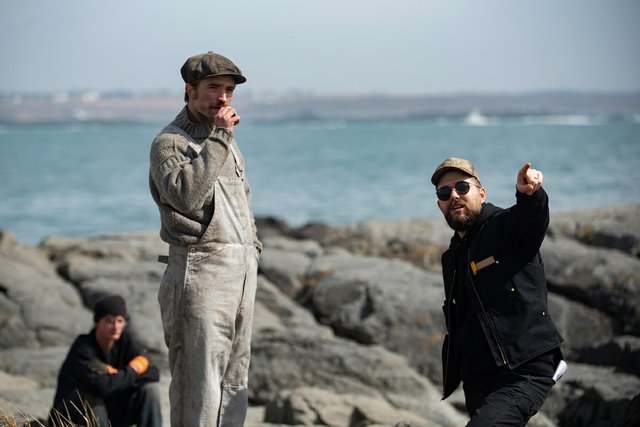 Another herd of press clamors towards a stoic man layered in stylish black fashion as he stares thoughtfully out of a window in the small press room. You almost feel like he’d rather not be disturbed – a man that appreciates his peace. However, everything you’ll read about Robert Eggers paints the picture of a man that enjoys conversation quite a bit, and as we take a seat he turns towards us smiling.

Robert Eggers is quickly becoming one of the most promising directors on the scene. His unflinching vision is always stylistically pure in ways many strive for, but rarely achieve. The Lighthouse is so rich with artistic vigor, and … well, flatulence, it’s hard to believe it was given life in this current age of Hollywood (thank god for A24). Take it or leave it, Eggers stands in a different circle than the rest, but as he sat there answering question after question with increased involvement he painted the picture of a man that simply loved his craft and thirsted for knowledge and authenticity.

Eggers’ latest feature, The Lighthouse, is a maddening descent into sealore, stung together by the tensions of two men, and a lighthouse. The vaguest of explanations are necessary for this film as it is truly an experience to move through unmotivated by the expectations and opinions of others. As always, Eggers presents a divisive film that is definitively cinema.

We had the chance to sit down with Eggers as he made the press rounds at TIFF, and the conversation went from formalities to engrossing in moments. Here’s what he had to say…

SC: It’s been noted many times that this was a difficult production, specifically the on location moments in Nova Scotia. What scene was the most difficult to execute when the time came to shoot it?

Eggers: Really, there never was really an “easy” scene. Even when we moved into the stage, the producers and financiers would balk up and say, “Alright! We’re going to pick it up!”, and I was just like “Actually, no. These are all extremely long oners with elaborate choreography.”. Nothing was easy.

One thing that I haven’t talked about was… spoiler *laughing*… was when Rob finds the mermaid on the beach. The tides on Cape Forchu move really, really, really quickly, and Valeria as a mermaid in a prosthetic can’t walk. So we have all of these guys and they have her on a stretcher and they’re walking her out to the rocks to place her, and we have the dolly set up to do the scene, and it was not raining that day so we had the rain machine going, and you can just see, minute after minute these huge crashing waves getting closer and closer. We’re just trying to shoot this thing before the waves come and wash the mermaid out into the Atlantic Ocean. She’s freezing out there. That was incredibly stressful.

Frankly, I wish we could have changed the camera position just a little bit for that shot but once we had done it and she was out there, it was too late. The tides are affected by the Bay of Fundy, so it’s bad news.

SC: We wanted to speak with you about some technical choices you made for the film, because it really made an incredible difference for it’s presentation. Film stock – it almost feels like a statement. What 35mm film stock did you choose and why?

Eggers: We explored a lot of stuff that we couldn’t do. What we would have gone even further, but you know, some things proved impossible. There were some ancient film stocks that were once motion picture film stocks, and are still made for still photography that we tried to get made for motion picture photography, but it was way too expensive. Jarin (the film’s Director of Photography) wanted to use his own developer that he uses on his black and white photography, that can increase micro-contrast. We shot some test footage that he developed in his bathtub, but you can’t insure a movie that you process in the DP’s bathtub.

We ended up using Double X. Really, it’s the only 35mm black and white that’s readily available, and it is a little more primitive that some of the stocks we tested, but we liked that it was a little grainier and that the blacks just fall off. They just do this deep dive that just evokes the past.

Additionally, we wanted to have a slightly more orthochromatic look, but if we used a blue filter we would have needed even more light and we already had like every movie light in Halifax to get exposure one this stuff. Schneider did make a custom filter that did suggest some orthochromaticy… if that’s a word. It did help us see the pores and blemishes in Rob and Willem’s face.

Some of the reasons for early silent cinema with the white pancake makeup on Caucasian actors is from a theatrical stage tradition, but is also because the orthochromatic film stock, if you look at Eisenstein movies they look really tan. That’s because of the stock.

SC: In the A24 Podcast you spoke about your love for fashion and costumes from older decades. Speaking on all of the work that you’ve currently presented, do you ever find yourself diving into a certain period and falling in love with the fashion within, having that be the reason you base story in there?

Eggers: Many times I start with the atmosphere and sometimes that can begin with wardrobe. One of the things I love in the late middle ages, because I love northern renaissance art but I also love the armor and the clothing, and it’s all awesome. I wouldn’t dress in Gothic armor if I could choose to dress in any way, even though it’s pretty cool.

I don’t know enough about the movie but I’m excited to see The King, because when I saw the trailer I was like “Uhm… It’s actually a pretty decent job of Gothic armor with a large army – I want to see it”.

SC: You have a huge smile on your face when you’re talking about it. Are we going to get to see you dive deeper into this passion on screen?

Eggers: Yea, I mean, if people allow me to spend their money… totally. I hope so. 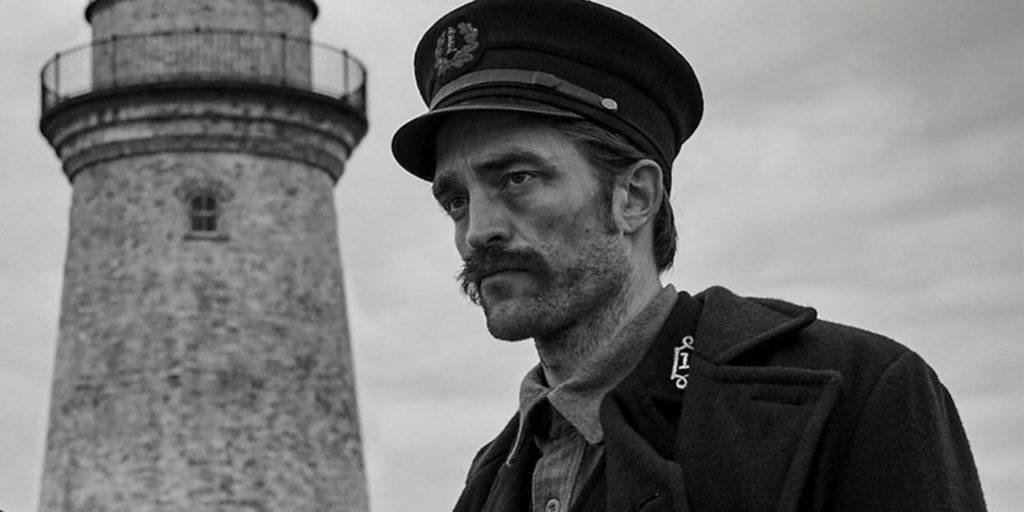 The Lighthouse is now in theaters across the country.

On Adaptations: The Reproduction of Art through Medium Transition

Shadows Unboxed: Five Questions with Taika Waititi, co-director, co-writer, and star of What We Do in the Shadows