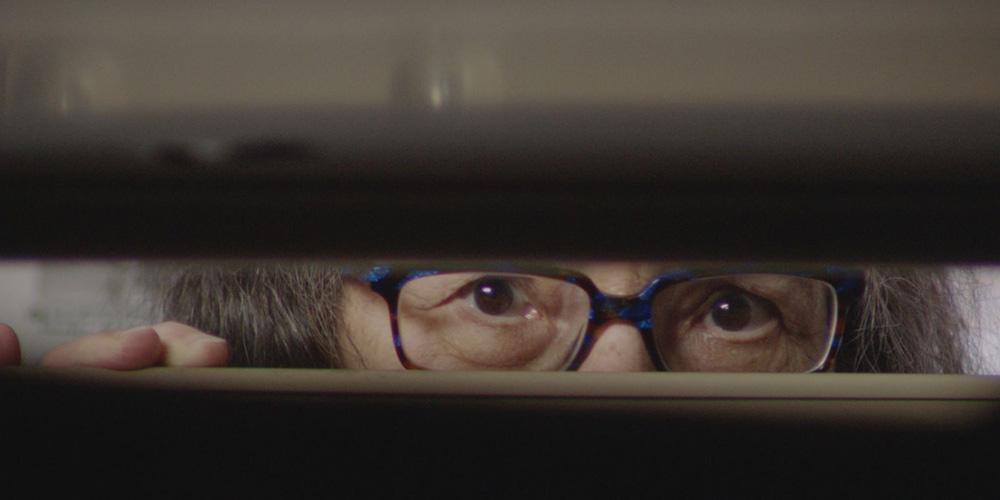 In his latest documentary, Errol Morris brings us a portrait of Polaroid photographer Elsa Dorfman.  Calm, slow, and upbeat, we look at Dorfman’s life and career as she shows us her work.  From self-portraiture, to celebrity photography, to her more commercial endeavours, Dorfman brings a broad range of art to the screen, as well as more existential themes in discussions of the meaning of art and technology.

Morris lets Dorfman drive the film, and she is able to tell us the story of her life on her own terms.  She is candid, and “sunny,” as her photography is often accused of being.  In the film she argues that she did not want to photograph sadness, and that became reflected in her art.  This is evident in her narration, where even dealing with heavier topics, such as death, grief, and illness she never tips into despair.  Dorfman’s persistently positive attitude brings an element of warm amusement to her quirky stories about photographing beat poets and folk musicians, including figures such as Allen Ginsberg and Bob Dylan, and a serenity to her reminiscing on lost friends.

Sometimes, the documentary feels too slow, and perhaps not engaging enough.  The way Dorfman drifts through, or perhaps over, certain topics makes things feel incomplete.  Fascinating discussions on art and existence are begun, but never feel explored thoroughly, while Dorfman’s place with the great artists of the 1960s and 1970s feel like they could have been delved into more deeply.  Dorfman’s musings can be rambling and unfocused, sometimes feeling like a pleasant conversation with a friend, but at other times generating a craving for a longer look at the ideas that float by too gently.

As a result, The B-Sides can feel overlong, or aimless.  But padded out with Dorfman’s beautiful photography, and her kind-hearted narration, it is never a chore to watch.