There are plenty poignant comments that come from the homely, schizophrenic forger, liar, known as Mark Landis. He nonchalantly duplicates stunning works of art while ever casually musing about creation, novelty, and purpose.

If you’re put off by his look or questionable ways, you may miss some nuggets of brilliance. Landis opens declaring there really isn’t anything new anymore, and he seems not depressed by this fact, but inspired by it. His old, black-and-white TV is always on in the background, and Landis talks about his love of television, when not subtly slipping quotes into conversation that go over people’s heads.

At one point, it appears as if the documentary sets Landis against registrar, faux-detective Matthew Leininger, but the latter is far more interested in validation and even attention than the former. Landis isn’t playing a game with anyone – he is living happily in his own world, enjoying himself painting, and no one can touch him because of that.

He’s a wily figure, certainly eccentric, but it’s actually Leininger that comes off as peculiar and questionable, bent on taking down Landis as if he’s some elusive crime boss. It’s most ridiculous when Leininger gets his daughter to talk about Landis. He also says with complete seriousness, “he messed with the wrong registrar.”

Landis, meanwhile, carries on, a truly fascinating character with which we share an intimate, albeit meandering journey. The documentary struggles to balance the narrative, but the finale, an exhibition about Landis with him present, offers a thrilling conclusion. 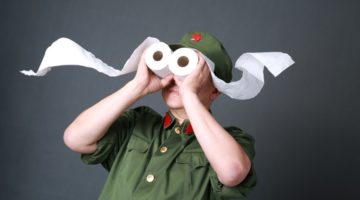 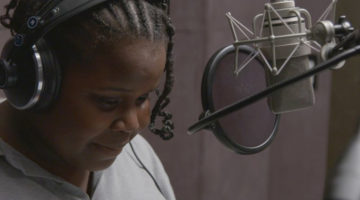