Look at almost any independent movie playing nowadays, and it is truly an incredible the huge debt that is owed to Vittorio De Sica’s Bicycle Thieves. The 1948 film may not have been the first to incorporate what has now come to be known as Italian Neorealism, but is perhaps the most long lasting in terms of impact. Auteurs obviously came to mind, though we had not even pondered the likes of Night Moves, a sleeper hit at TIFF in 2013, took a measure of influence from De Sica’s film. Indeed, the idea of using non-professional actors, filming outside, using long takes and scenes that appear tangential, not to mention an ambiguous ending come straight from this almost seventy-year-old movie.

Winner of a special Academy Award, (as Best Foreign Film was not yet given out), it is imperative that a film historian views this landmark film on the big screen, and within the prism of how it has come to influence so many of the films coming out in 2015. The film opens More Than Life Itself: Rediscovering the Films of Vittorio De Sica, a vital part of the Summer in Italy program playing at the TIFF Bell Lightbox this summer. To further assist our Bicycle Thieves appreciation, we turned to venerable TIFF Senior Programmer at the Cinematheque James Quandt to explain the legacy of Bicycle Thieves.

Scene Creek: A small shift, but do you believe that the change in translation from The Bicycle Thief to Bicycle Thieves, implicates Antonio?

James Quandt: In fact, that shift was a long time in coming and was not without controversy, as the film was known for decades as The Bicycle Thief. The Italian title is very specifically in the plural, which I think is very important for De Sica’s vision. It’s not so much a matter of implicating others, but broadening the plight of the central character to encompass a whole post-war society, desperately trying to survive.

James Quandt: Your (wise) question answers itself! I would say all of the above, and more. The resurgence of classic humanist cinema over the past decade or so can be greatly traced back to this film, and I think many filmmakers such as Kelly Reichardt recognize that the film is not the sentimental “male weepie” its disparagers have called it, but that its vision is harsh and full of asperity.

Scene Creek: Do you think that the appearance of Rita Hayworth (in the form of a picture) was meant to signify that Hollywood at the time was removed from reality?

James Quandt: Perhaps, but I think De Sica is one who, as both actor and director, was also in awe of Hollywood cinema, and aware that Hayworth’s appearance evokes the world of glamour and fantasy that the poor characters he portrays in the film would have yearned for when they could afford to go to the movies – they certainly would not have wanted to see their own grim lives on screen!

Scene Creek: Furthermore, what do you think the bicycle itself represents?

James Quandt: I attach no symbolic meaning to the bicycle. It is merely a means of survival, and the same story could have been told with another similar object, necessary to maintain a job.

Though many believe that the bicycle stands for something greater, come and decide for yourself this Thursday at 6:30 p.m. when The Bicycle Thieves plays as a part of More Than Life Itself: Rediscovering the Films of Vittorio De Sica.

Stop Watching Trailers: Why Trailers are Ruining the Movie Experience 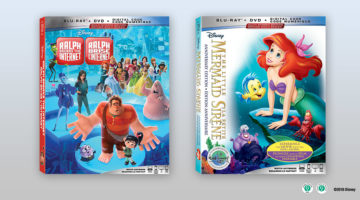 Hecklers and Haters: On Armond White and NYFCC