In the 1977 biography by John Kobal, Portrait of a Love Goddess, Rita Hayworth was quoted as saying “Men fell in love with Gilda, but they wake up with me, (Gilda being Hayworth’s most femme fatale-ish role).

This quote is apropos in a viewing of perhaps the hottest ticket at this year’s Hot Docs Festival, Advanced Style. The documentary is directed by Lino Plioplyte, and is produced by and starring one of the most flamboyant characters in a while to grace the screen: Ari Seth Cohen.

If legend serves true, Cohen got his start as a sort of street photographer, with his subject as style. But, unlike many projects of this ilk, Cohen chose to photograph and document only women of a certain age, of a particular panache. Thus, the pun of ‘Advanced Style’ comes to the forefront, as the true star of this show are the older women whom Cohen discovers in New York City – the women and their glamorous clothing, or what some of them term their ‘costumes’.

Of course, this breezy documentary seemed destined to tilt towards self-promotion for Cohen, and a trip to the bookstore to see his latest endeavor, or plugs for Cohen’s blog veer towards an advertisement in cross-disciplines. However, the women in the movie are just so resplendent, and each brings a different sort of charm to the film making Advanced Style a joy to behold, and often, a powerful mediation on the role of aging, the importance of clothing, and a powerful study of self-awareness.

Advanced Style features some real laugh-out-loud and yet poignant bon mots from the women, like: “Why don’t you go dancing anymore?” “All of my partners are dead!” and “I look great from the waist up. From the waist down, it’s ‘don’t ask, don’t tell’. Plioplyte is clever enough to place Cohen on the sidelines, and let the women shine. Though Cohen sometimes seems to fall in love with Gilda, seeing only the style, the audience notices the substance, and wakes up with the ladies themselves. 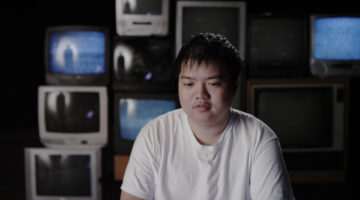